Modéer's essay aims to analyze, from an historical and legal perspective, the evolutionary dynamics of the relationships between private and public spheres in Europe, with particular reference to the religious phenomenon. Specifically, the comments start from the observation of the influence of modernization and secularization, as experienced by religious organizations, compared to the variety of national systems of relations between State and Churches. The analysis focuses mainly on the changes undergone by three concepts, acting in the social and legal systems of European countries since medieval times; concepts which are characterized by the fact to sink their roots in canon law: family, religious education and solidarity. However, the origin of these concepts appears, nowadays, to be confronted with the phenomenon of multiculturalism, which determines a different characterization of the traditional boundaries between the public and private sphere, with a renewed leadership of religious organizations. In the mind of the author, as proof of this, there would be the increasing privatization of religious bodies, with the assumption by them of skills in the field of social services. It follows the hiring of a new role by the religious groups, which is characterized in clear contrast with the processes of secularisation that are taking place in most European countries. 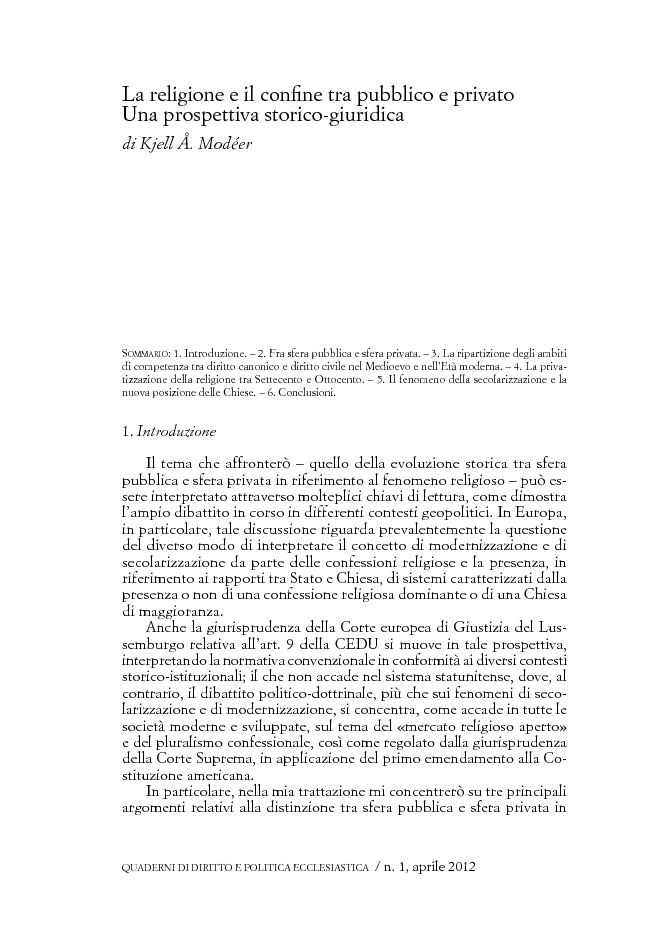