Islamic legal doctrine, history, sociology show that the hiqab, in its double versions of the face veil and the scarf, is relational in nature. According to fiqh, the duty of veiling and its extent depend on the relationship existing between the woman and the person who might look at her. States' regulations banning, imposing, allowing, limiting hiqab communicate opposite policies on gender, religion, security. By her choice of veiling or unveiling, the woman speaks of gender, religion, politics, class, ethnicity, profession, fashion to people who are perceptive and feel concerned. Therefore, it is arguable that the acts of veiling, unveiling and downveiling may be ordinarily and properly protected by freedom of expression. 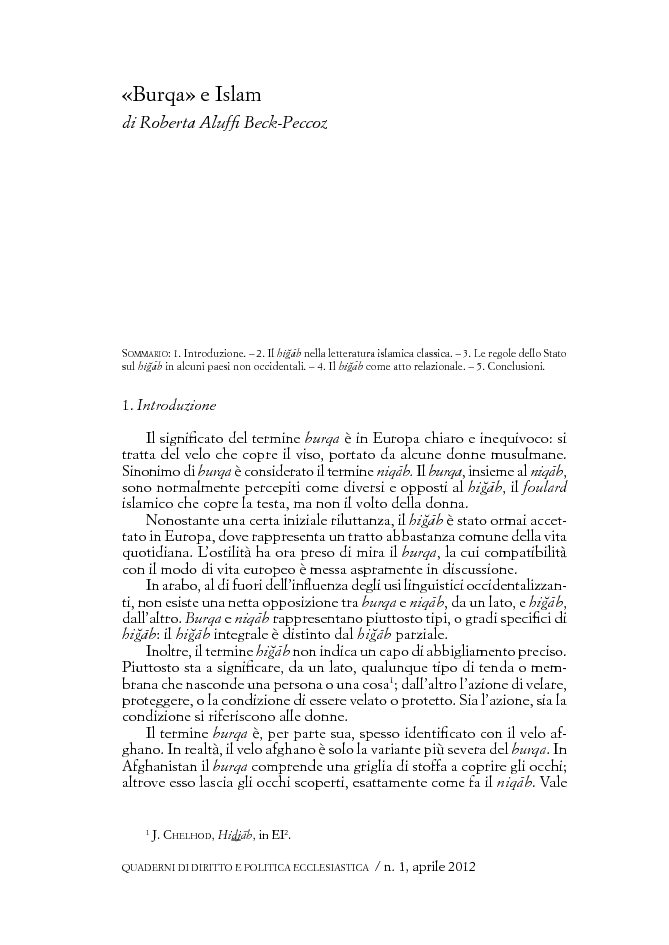