Globalization, can be understood from the particular perspective of a single religion, concentrating the analysis on two research paths, one theoretical and the other practical-organizational. Approaching religious movements such as Scientology in a more open way, with attention to the scientific profile without ties to the concept of transcendence, one can apprehend new normative dynamics in the phrase «religious confession», as was evident in the Italian jurisprudential path. In their concrete operations, movements such as Scientoloty presented themselves as more involved in everyday reality and the concrete issues of the individual, such as improvement of the self but also the self’s role in the world, including areas traceable to the semantic field of globalization: human rights, protection of the weakest, democracy and politics, justice, education of the youngest, reduction of crime and drug abuse, etc., highlighting different ways of implementing the religious message in practice. 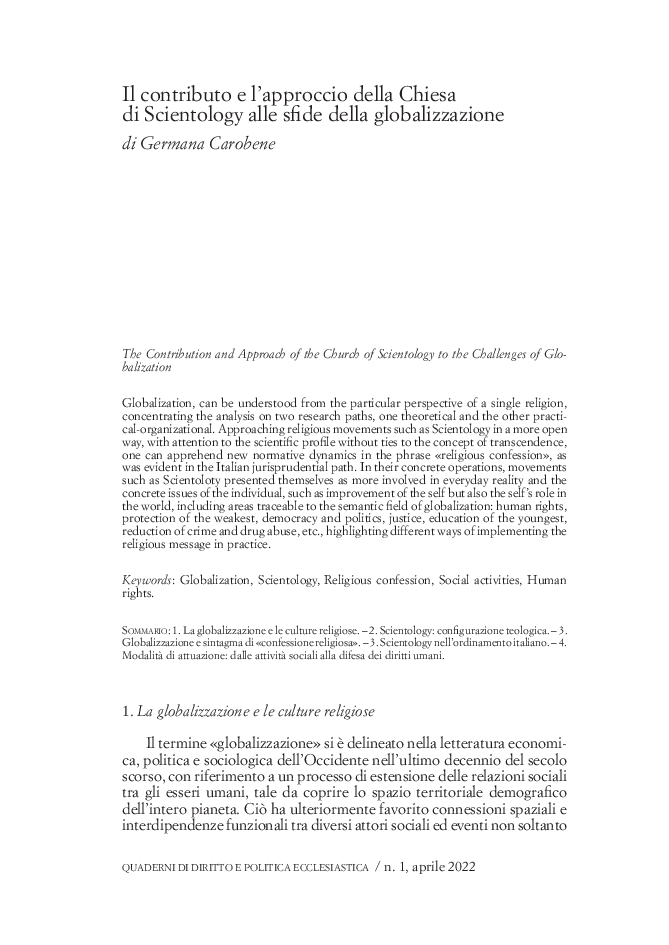