The problem of cultural diversity and coexistence between different beliefs in constitutional democracy is of considerable relevance, given that, to date, it seems difficult to arrive at a legal regime of equal freedom between all individual and collective orientations of a spiritual matrix. That is, despite the positivity of the current constitutional data, various problematic fronts remain unsolved, such as the one concerning the cohabitation relations between adherents to ‘historical’ religions, ‘secular’ citizens (that is, not linked to any religious community) and public institutions; the same can be said in reference to the relations between the new associates (in particular, of Islamic faith), the indigenous citizens/faithfuls and the political authorities (theoretically neutral with respect to the different religious traditions). 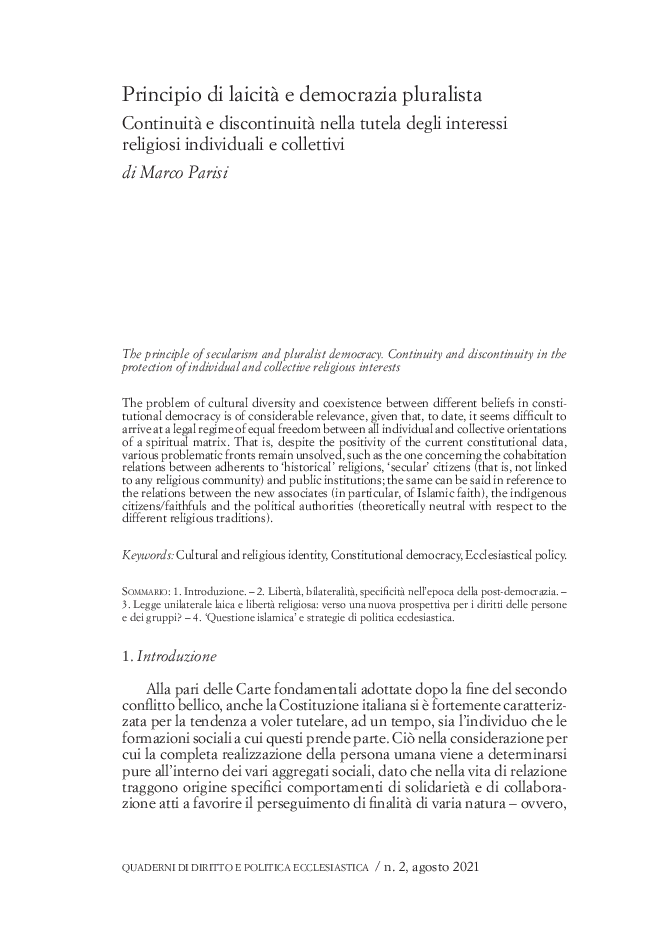