The teaching of Pope Francis can be understood under the paradigm of the «change of age» and under the tension between modernity and post-modernity. Laudato Si’ is an invite to seriously deal with reality, overcoming the theoretical simplifications of modern thought. Pope Francis follows Benedict XVI in proposing a profound revision of rationality: the awareness of the complexity of life, irreducible to theories, is not against the logos, rather it is an attempt to elaborate a new rationality, capable of dealing with the nexus knowledge-experience. Querida Amazonìa – although poorly understood – follows the grammar of this new confrontation with reality. In Fratelli Tutti Francis moves forward in the direction of declining the experience of ‘being-with’ as fraternity, since human relations are never neutral. In the meantime he invites the Church to perceive and embody the continuity between the ecclesial communion and the universal fraternity. 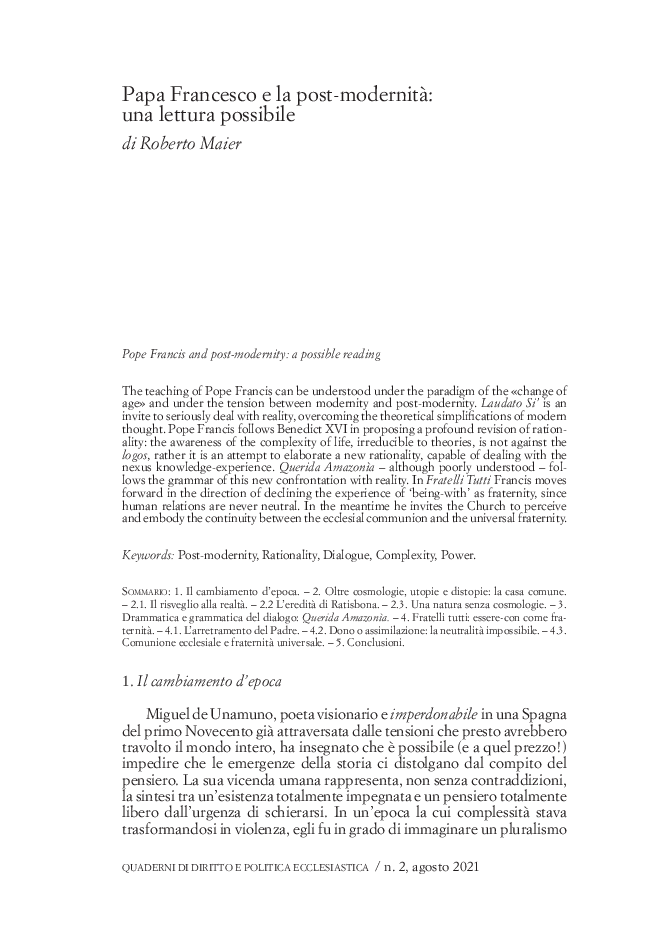