The relationship between man and religion represents a significant theme in our contemporary and multicultural society. As a result, this topic is portrayed in a wide range of genres and subgenres, even in the vast scenario of TV series production. Considering the Italian broadcasting scenario, two main models have emerged: on the one hand, the hagiographic miniseries with pedagogical approach that profile the lives of significant religious figures (saints, priests, popes, biblical patriarchs); on the other hand, the model of long seriality that manages to engage a wide audience with a combination of soap operas, comedies and detective stories. Otherwise, in the American scenario, hagiographical miniseries are relegated to the sidelines. The prevailing model is the long seriality, where religion is dealt with more complex and diversified languages and genres, strongly influenced by the American cultural melting pot and by the clash between two worlds: western civilisation and religious fundamentalisms. The main purpose of this paper is to highlight the peculiar traits and the differences between the Italian and the American mediascapes, focusing on the main titles and the most emblematic features of religious themes in TV series 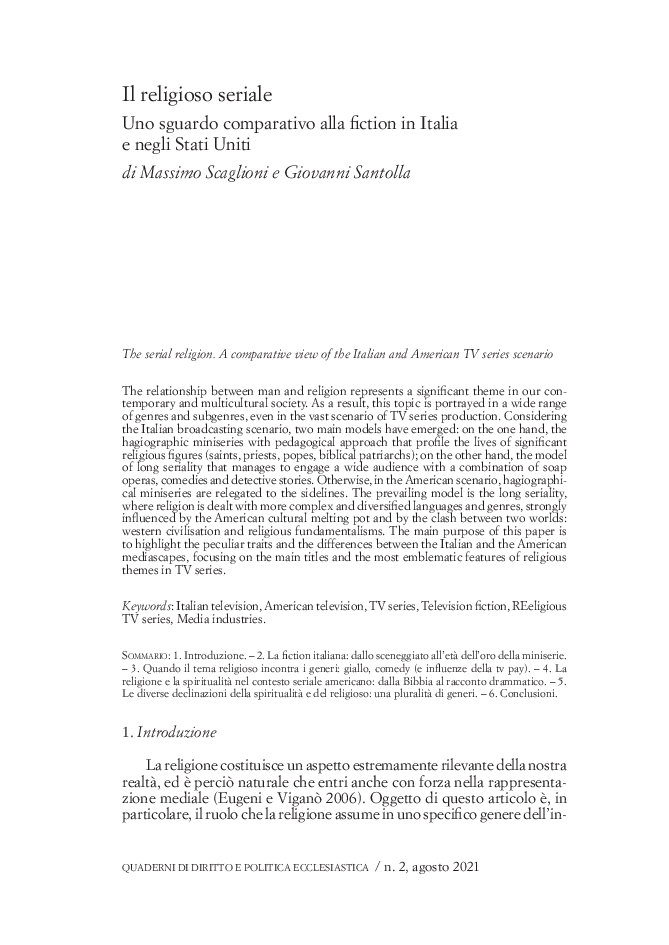