The work of Norberto Bobbio, Hans Kelsen and Carl Schmitt sheds light on the risks of direct digital democracy. These authors noted the dramatic contradiction of direct democracy or today’s computer-based democracy as a democracy in which the debate ceases to be public and becomes completely private. Internet is, with no doubt, a powerful space of communication and potential emancipation, and also a useful tool to revitalize the obsolescent institutions of representative democracy. Yet, problems rise when the Internet in itself is promoted as a brand-new form of government. Digital direct democracy, with the rise of digital populist parties like the Pirate Party and the Italian 5 Stars Movement as well as Iceland’s wiki-constitutionalist experiment, raises many issues with regard to transparency, the nature of privately-owned platforms, and modulated democracy. The aim of the essay is to critically analyze various theories about digital democracy and to ask in which ways the Internet is changing the basic elements of the political and institutional debate. 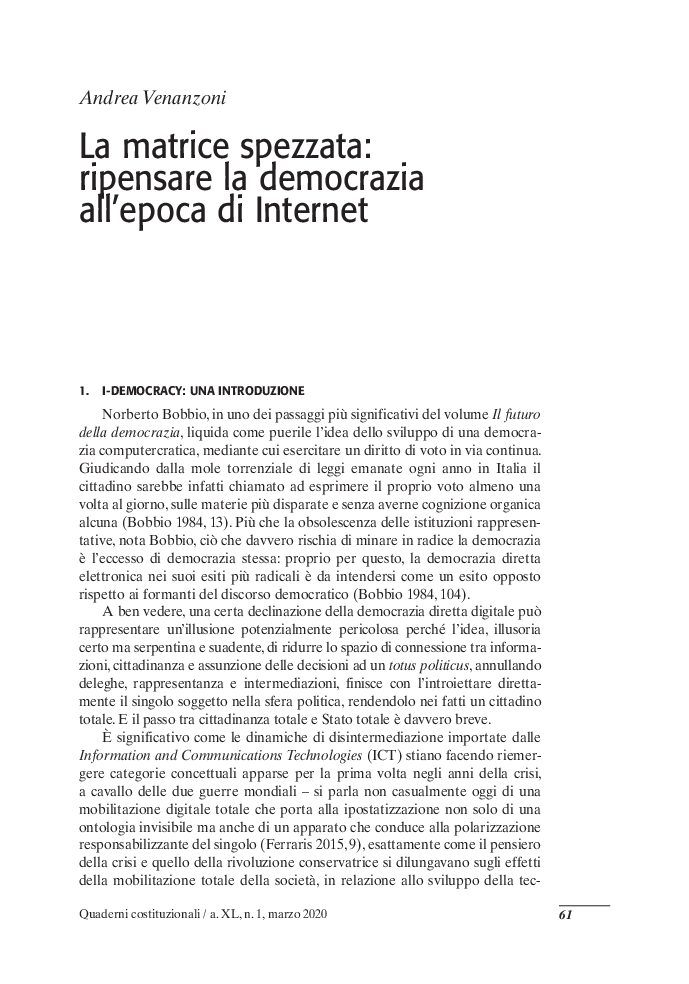