The Italian postwar constitutional history can be divided into three periods (1948-1992, 1993-2017, 2018-?) characterized by changes in, among other things, the electoral and party system. These changes played a key role in the development of the Italian form of parliamentarism, but the system has also been heavily influenced by the ordinary «subsidiarity» action of guarantee bodies, especially the Constitutional Court and the Presidency of the Republic. By drawing the borders of the legitimate action of political bodies, these authorities indirectly contribute to determine this action. This gives Italian parliamentarism a «presidential sway» that will probably be emphasized in the near future, due to the current excesses of populist and sovranist movements. 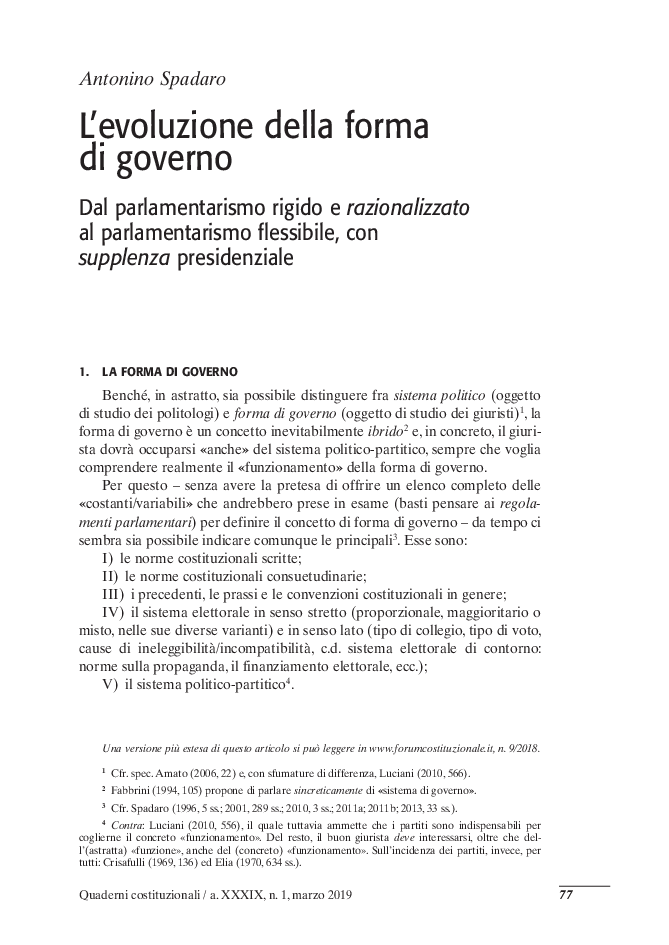