The problem of identity/ coherence of a legal order lies at the center of judicial adjudication, and no less so when Supreme or Constitutional Courts address issues involving two legal orders and their mutual relations. Compared with State legal orders, seeking consistency among constitutional commitments, fundamental rights, deference to international obligations, International Law understands itself through the lenses of separate and fragmented jurisdictions. The International Court of Justice in a case of jurisdictional immunity endorses the lack of coherence and interprets its role by simply ascertaining the sheer «existence» of a rule, and taking no responsibility for international law as a whole. In a tale of three Courts, including the ICJ, the ECtHR and the Italian CC, this article explains the flaws and the potential of such a state of affairs. A recent decision of the Italian CC raises the case in point, and can be fairly reconstructed and viewed from a non-dualist angle, one meant to foster a more mature self-understanding of International Law identity. 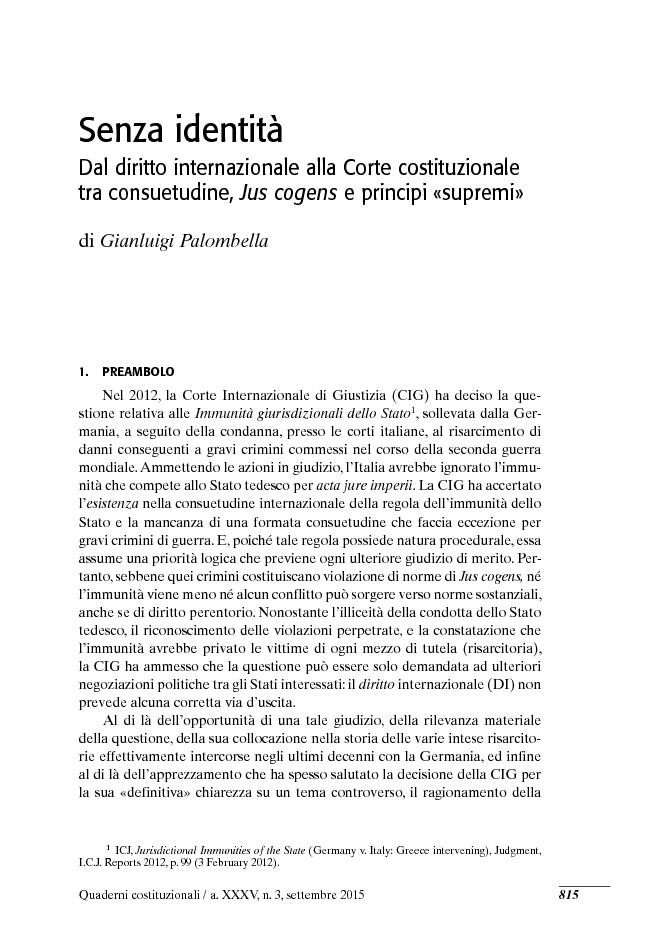