The paper analyses the procedure followed by the Senate of the Italian Republic for Berlusconi's recent disqualification from public office and takes it as a starting point to investigate the scrutiny system adopted by both Houses for verifying election results. Through an examination of constitutional provisions, the Parliament's standing orders and its practice, the paper concludes that it is impossible to identify a unique practice and that the implementation of the rules has often been influenced by the historical and political context. In particular, the secret ballot provision applying to decisions «affecting a person» has not always been interpreted uniformly. Over the past twenty years, however, the prevailing trend has been to consider as «affecting a person» only those deliberations with a high level of subjectivity, while decisions concerning parliamentary immunity and the election verification have been considered as referring to the Chamber and not to the person. In this context, the decisions dealing with the election verification may not be considered as deliberations affecting the person and must be thus taken by an open ballot. More generally, there is a need for a further rationalization of the Parliament's standing orders to generalize the use of open ballot in parliamentary deliberations. 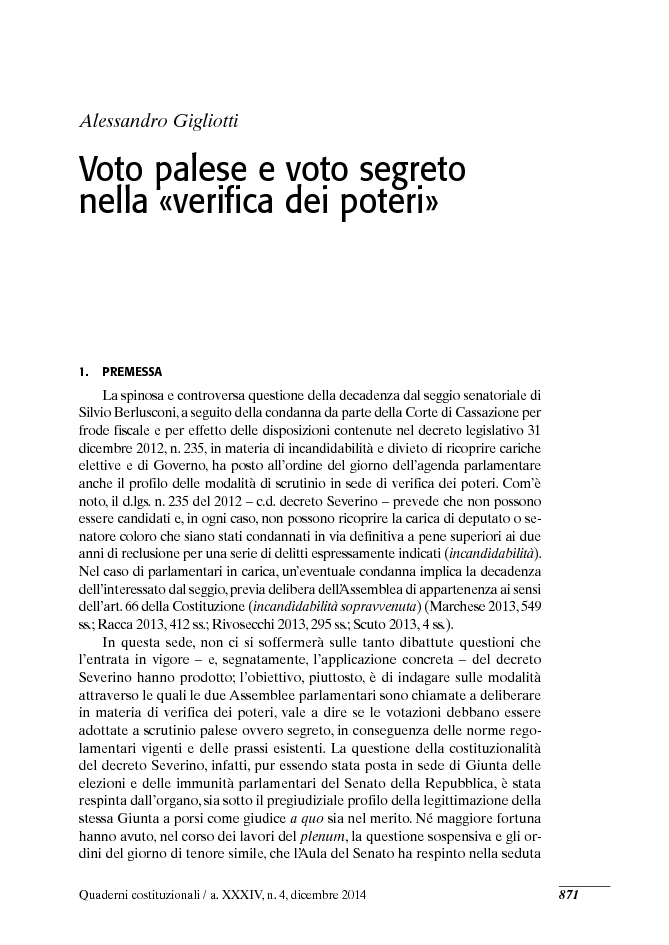