What are the consequences of the economic crisis on constitutional rights and on the institutions that are set in place to protect them? The essay aims at describing the main constitutional issues that have emerged from the financial crisis, with a particular focus on the welfare and the constitutional state. The main idea is that the decline of this form of political organization, especially in the context of the old continent, depends only in part on the recent economic crisis, and it is instead to be attributed to a series of complex and diverse phenomena. These include: the globalization of financial markets, migratory flows, the emergence of a multicultural society, and a still undefined process of European integration. In particular, the uneven pace of European integration attracts the attention of the constitutional lawyer and requires a rethinking of the contents of the welfare and the constitutional state, with a view to a united Europe based on a society of equals. 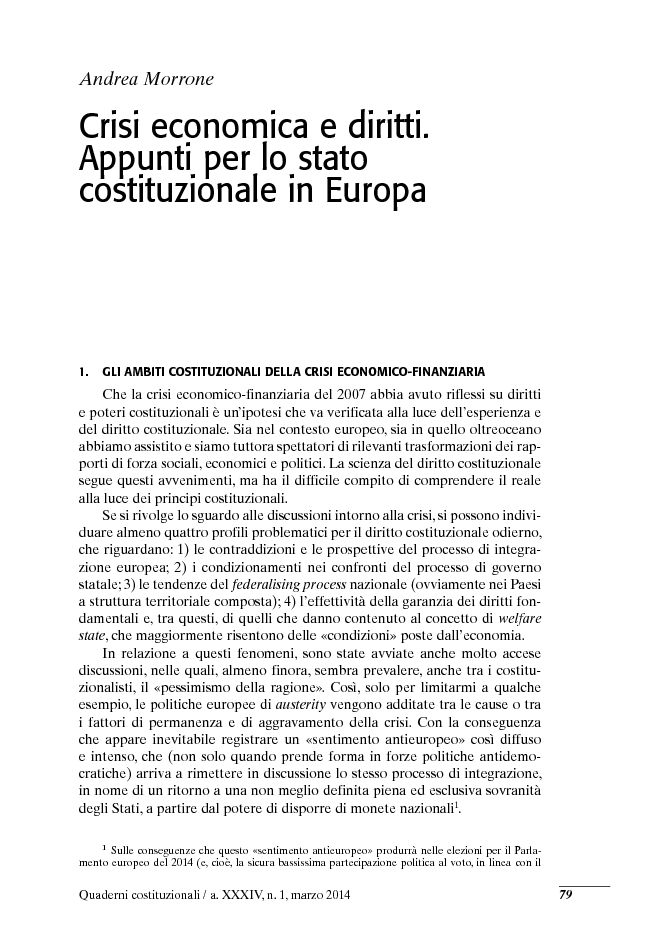