The article analyses the role that the Government plays in the approval of the annual State budget. Over the last few years there has been a substantial violation of all the rules established by law no. 468 of 1978 and by parliamentary standing orders. The latter assign a prominent position to Parliament in the decision-making process regarding financial measures. However, coherently with the evolution towards a polarised political system that allows the Government to play a central role in the decision making process, the executive has significant powers with regard to the State budget. Up until now, it has been common practice for Governments to introduce a so-called "maxi amendment" to the finance bill at the very end of December. It should be noted that, in Italy, the finance bill and the budget law must be passed by the end of the year in order to avoid provisory administration. Basically, the Government forces Parliament to approve the abovementioned maxi-amendment by posing a question of confidence on the latter. This not only implies a series of problems of legitimacy from a constitutional standpoint, but it also has other downfalls. The author analyses the negative aspects of this practice, but also all the new rules introduced at the beginning of the 16th legislature. In conclusion, he presents a series of proposals for changing - through constitutional amendment - the rules concerning the decision-making process of finance and budget laws. 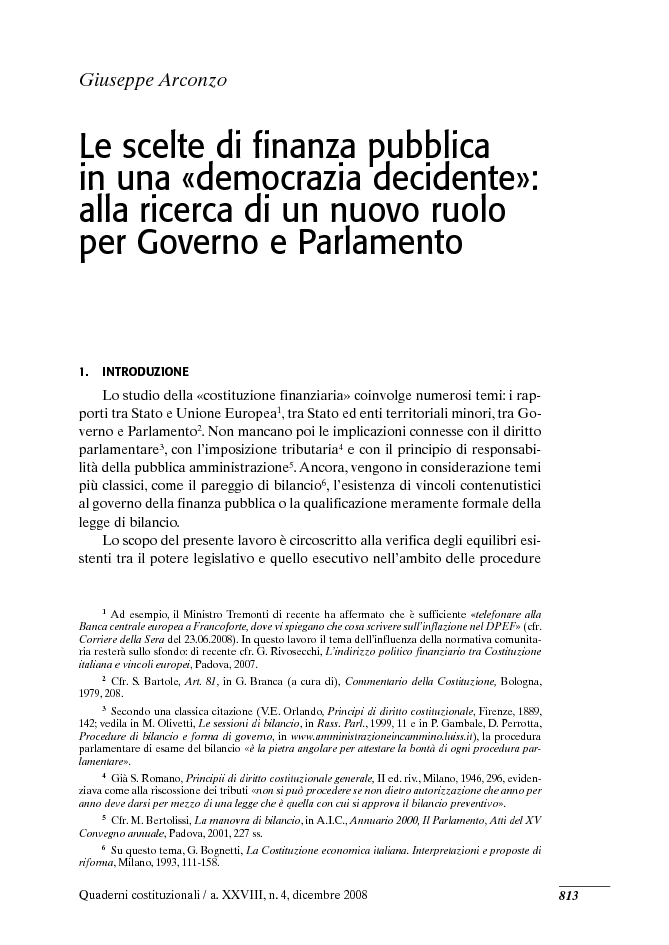