The present crisis of identity, common to the Parliaments of most European democracies, has peculiar features in Italy. They essentially derive from the fact that the constitutional and parliamentary rules have not been modified so as to take into account the shift from a parliamentary to majority system. In considering its role in a changing political and institutional context, the Italian Parliament seems to cling to the sterile claim of its mythical institutional centrality, rather than address the issues that have affected its traditional functions: lack of institutional coordination; exercise of ratification rather legislative powers; limited parliamentary control, political fragmentation (of which it is both victim and persecutor); marginal role in communication and political formation. This stalemate has ended up fomenting the "presidential culture" that Parliament considers an obstacle and not a resource. For this reason, the author argues that while waiting for the institutional reform process to restart a series of changes need to be made to parliamentary standing orders, especially given the fact that after the last general elections, it is probably now possible to reach an agreement between majority and opposition. According to the author these changes concern four issues: 1) the rationalization and revitalization of exist ing institutes and procedures; 2) the reinforcement of the Government in Parliament; 3) the reinforcement of the Opposition in Parliament; 4) the overcoming of parliamentary fragmentation. 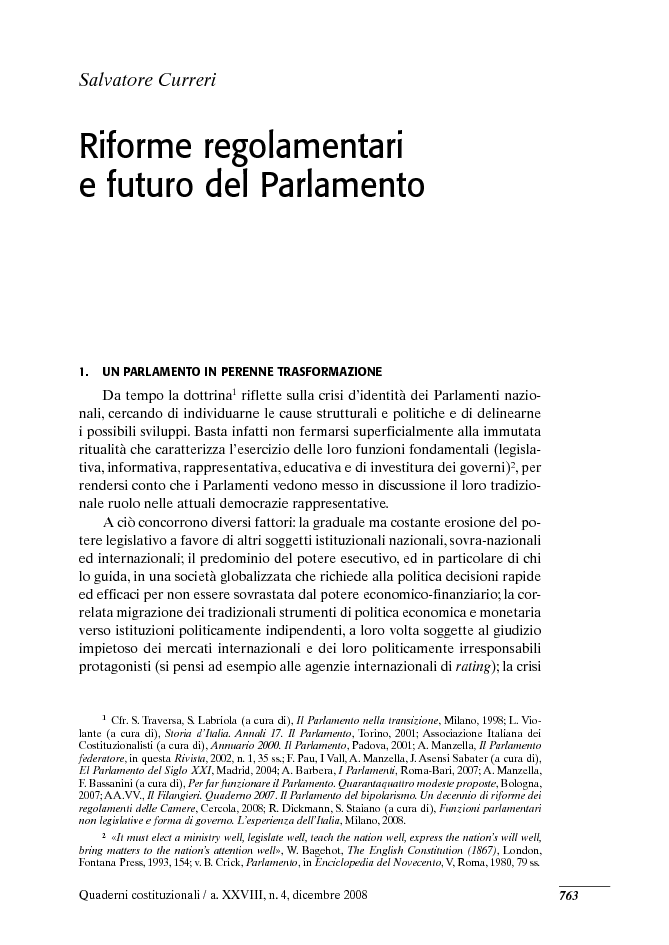