The Parliament is often accused of being and detached from the citizens compared to the role of representative institution par excellence it is assigned. How can the due process of lawmaking serve to reconnect the Parliament with the civil society? Several tools can be used to this end, from the publicity of parliamentary proceedings, also online, to hearings, popular legislative initiatives, petitions and consultations. Transparency and citizens’ participation in the lawmaking are certainly values to preserve and enhance. However, the article argues that a note of caution is needed in favour of a balanced approach when designing the due process of lawmaking in terms of openness and through instruments of participatory democracy. They should not come at the expenses of the decision-making capacity of the Parliament. Moreover, the drawbacks of the total disclosure of parliamentary procedures via web and social media should not be underrated. 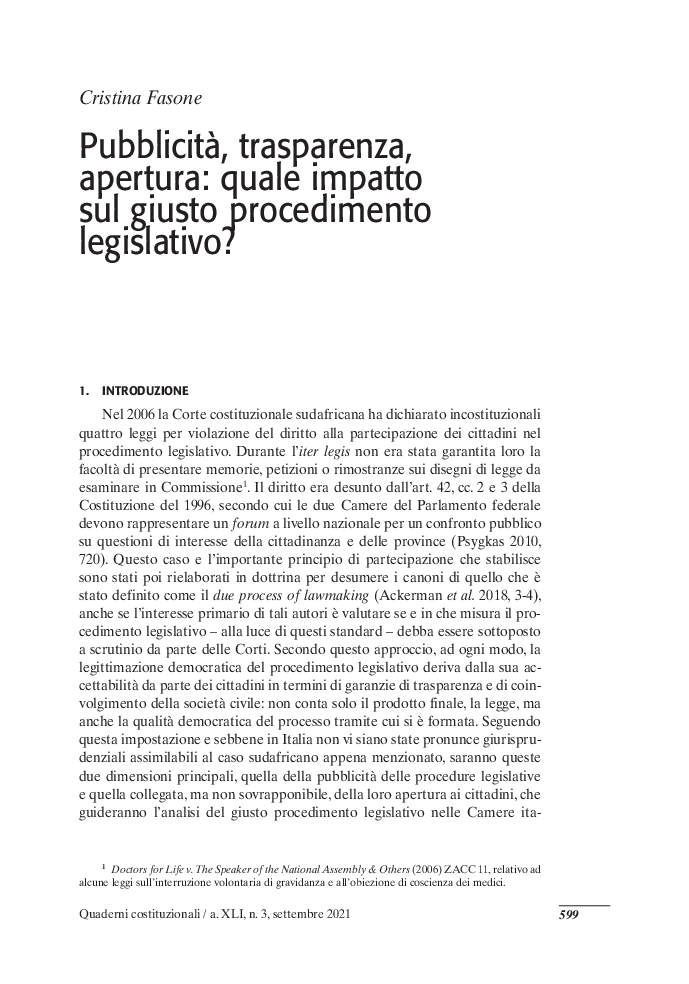