The author deals with the theme of the reform of the judicial system taking as his starting point the assumption that the administration of justice is a service that the State provides to its citizens that ought to be judged on the basis of its efficiency, neither more or less than education, health, the keeping of the peace and the defence of the territory and of the environment. Although currently the excessive length of time required to complete legal proceedings seems to be the exclusive issue attracting the attention of the mass media, politics and culture, a curious distortion is registered in this subject matter: whereas what appears urgent are problems relating to organisational reform and the rationalisation of rules governing trial procedure, attention is totally concentrated on the magistracy and on the necessity of modifying the way it is set up. The topic is certainly one that is easier to sell thanks to the polemics on the part of certain sectors of the political class, which are at times ferocious and often self-serving, and whose target, going back to the bygone days of the "Clean Hands" judicial offensive against corruption in public affairs, has been judges and public prosecutors. The author observes that if intervention is certainly opportune in the legal system for the purpose of rectifying serious deficiencies regarding a discipline which predates the birth of the Constitution in its organic formulation and whose modifications since that time have not always produced good results, even though it must be recognised that there has been positive action in relation to those aspects most in contrast with the independence of the magistracy so broadly attributed to it in the Constitution of 1948. Nevertheless, it is just as certain that such intervention is inadequate in terms of resolving the issue on today's agenda: how to guarantee the completion of trials in a reasonable length of time. Instead, writing on the subject is wholly concentrated on the question of the judicial system, moreover with an amazingly confusion of ideas. Prestigious intellectuals indulge in operations of institutional engineering that would be overly generous to define as rash. This is the context which must form the setting for an analysis of the project for the reform of the Consiglio superiore della magistratura (C.s.m.) or Supreme Council of the Magistracy, as well as of the so called maxi-amendment, both of which reveal an obvious authoritarian drift. In particular, in the author's view the so-called maxi-amendment lays out an itinerary for a return to the figure of the magistrate as a functionary fitting into a markedly hierarchical structure, inevitably affected by feverish competitiveness, prone to conform his (or her) jurisprudence to that of those at the top and attentive to the signals that will come from above pertaining to the taking of initiatives in the matter of controls. This will produce two inauspicious effects on two indicators of the efficiency of justice. With the number of judges and the distribution of their competencies remaining unchanged, this will mean not only risking a halt in progress in the direction of speedier trials, but will also mean witnessing a serious worsening of the qualitative index in terms of the exercise of the control of legality in observance of the principle of the equality before the law of all citizens. In a country where transformism is endemic, where the corruption rate is high, where organised crime succeeds in controlling significant amounts of public monies thanks to the complicity - at least on the local level - of political authorities and the public administrations, where free competition in the marketplace and all the advantages deriving thereby for consumers is still today hindered by the dominant presence of un-der-the-counter monopolistic and oligopolistic agreements, it is impossible to trust to the sort of self-correction of excessive behaviour that can be observed in action in more mature democracies than our own, unless and until a minimum of virtuous behaviour is guaranteed on the part of the politico-administrative class and of centres of economic and financial power, which is necessary to preserve civil society from decadence, including economic. Here more than elsewhere, the author concludes, there is an absolute need for a magistracy that is independent in letter and in spirit within a system of checks and balances as a guarantee of public ethics. 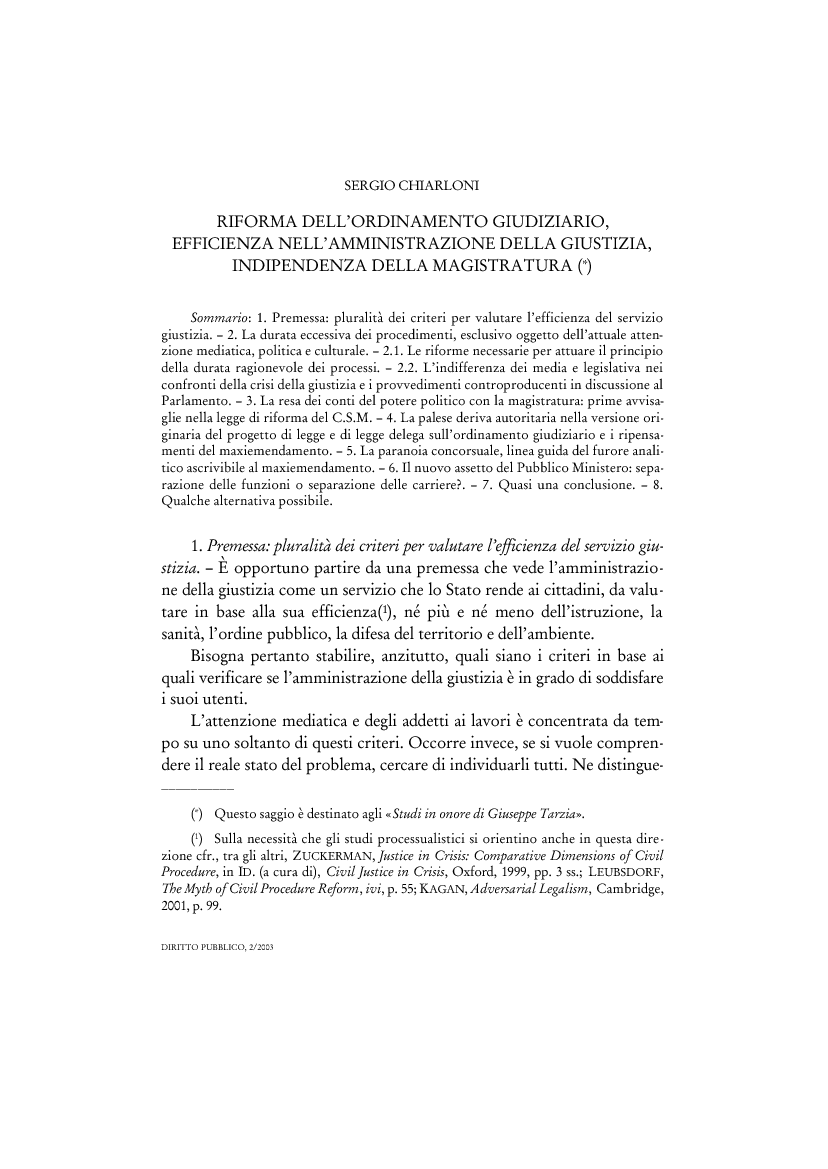