This work deals with the issue of proportionality and, in a broader sense, with some other related fundamental principles of administrative law, investigating both the role and the operational function that they generally fulfill in relation to the exercise of public powers (in particular, urban planning), and envisaging what they should, instead, accomplish in an ordinary context where a prominent role is ascribed to the Constitution (which has overturned the traditional way of understanding the dualism between individual and power) and the conceptual paradigm of reference is found under ordinary law. The study which has been carried out has shown that, historically, in the field of administrative law, the principles of acting as authority (including the principle of proportionality) are conceived as rules of action, intended to guarantee the public interest and aimed at allowing the administrative judge – through the verification of the validity of the act – to “ directµ the power. This way of understanding the principles differs from the general paradigm adopted under ordinary law, where the same principles (including the principle of proportionality) are encompassed in general clauses: i.e. elastic rules, which give rise to rules of conduct that are object of further legal obligations. However, although it goes without saying that in the field of public law, just like in private law, the rules of principle that define power belong to the category of the so-called “rules of conductµ, it seems necessary to rethink the system of protection based on principles as a way to embrace the path followed under ordinary law. The result - as it can be seen in the second part of the work - is to leave behind the traditional model, which used to ascribe a prominent role to the action for annulment and, in order to value the dichotomy between rules of validity and rules of conduct enshrined in private law, and to recognise a new leading role to the condemnatory action for the fulfilment of the duties of conduct arising from the rules of principle. 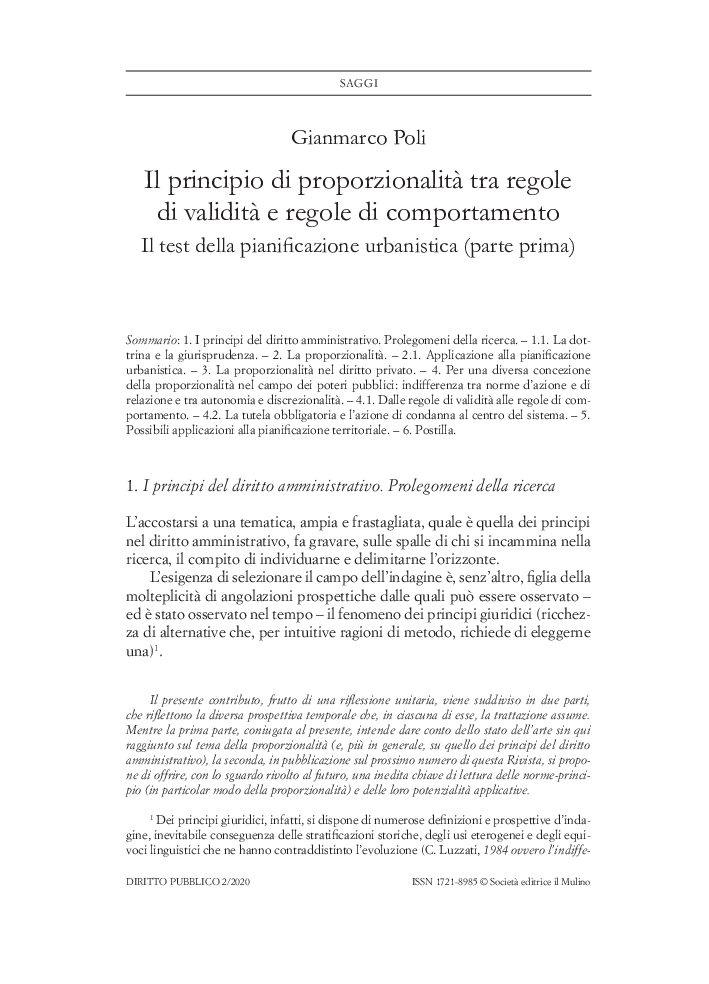