Moving from the pandemic emergency measures adopted both by the Italian central government and by regional governments during the first semester of 2020, the work deals with a systemic analysis of the emergency powers provided by the Italian Constitution as well as by different pieces of legislation, taking into account the special powers conferred within the civil defence organization and the national health care system. In doing so, the analysis brings a deeper insight on the legal limits of these measures represented by fundamental rights and liberties, and by the constitutional conferral of powers between the central and the regional governments, as affirmed in the Italian Constitutional Court settled case-law. Then the essay analyses the consequences of the pandemic crisis in the economic dimension, considering the questions arising as symptoms of the reallocation of powers and competencies from the periphery to the center: the so-called authority migration implied by the economic crisis. In the last part of the work proposals for constitutional amendments are eventually considered, questioning the introduction of new state arrangements in order to adopt substitutive measures to let the national interest prevail on regional and local autonomy powers. A sort of commerce clause, reducing the capacity of the regions to conduct autonomic economic policies in time of global and European crisis is critically analysed. 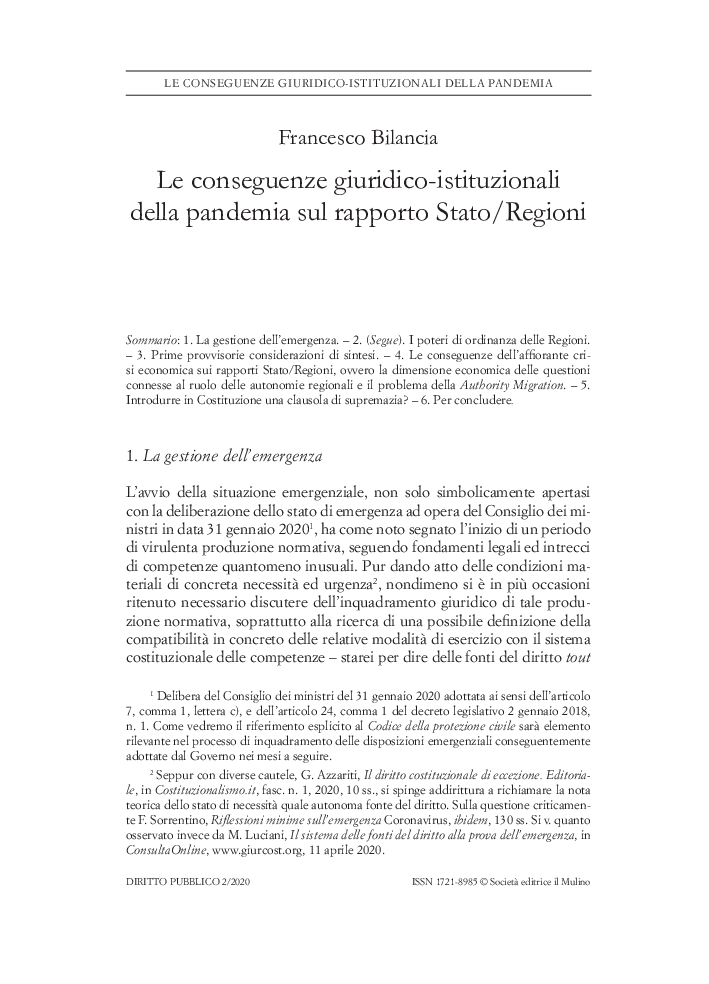