Although secession is a problematic concept, due particularly to its destabilizing nature, it has represented a fundamental element in the development of the idea of state. In this way, it has mainly represented a tool for the protection of cultural and historical minorities especially as a result of the interpretative work developed by the constitutional courts. For all these reasons, the paper aims to provide a constitutional interpretation of secession, focusing particularly on the role displayed by Constitutional courts in dealing with conflicts arising from secessionist requests. Regarded through the prism of the decisions issued by Constitutional courts secession processes appear to be deeply intertwined with constitutional dynamics. Moreover, Courts’ decisions open up the possibility for a dynamic understanding of secession, whose outcome can go beyond the rupture of the unity, leading instead to a more articulated recognition of differences. In this light, a constitutional overview of secession also requires an analysis of the different theories about state organization, in order to dig into its relation with federalism, regionalism and recognition of territorial minorities. 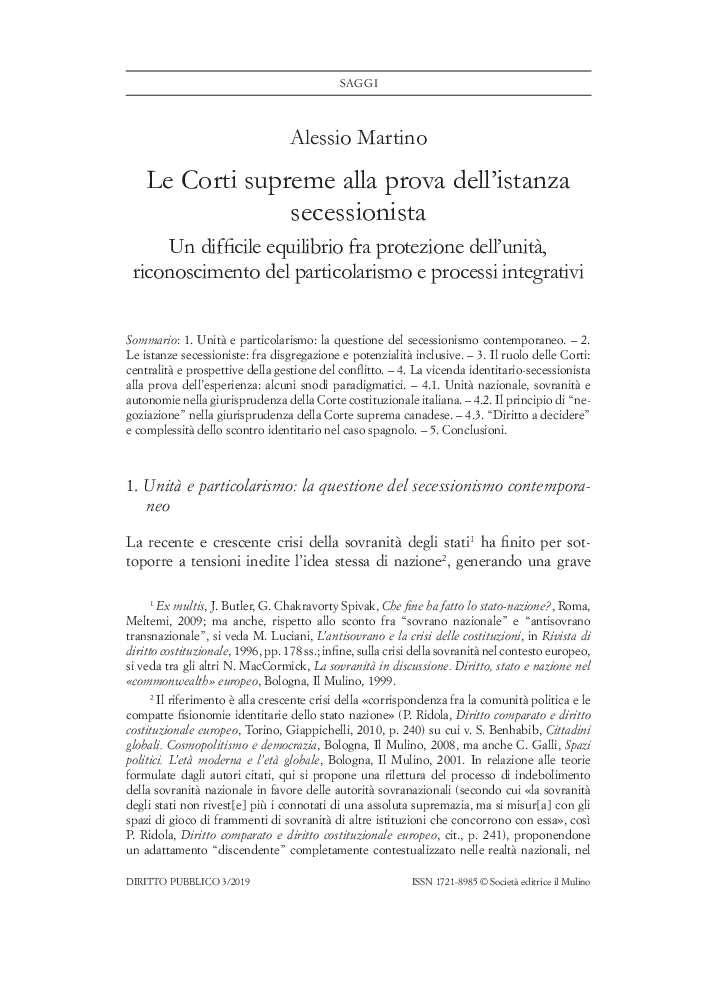