With his regulation (d.m. n. 80 of 2002), the Minister of the Economy has reformed the "Scuola Superiore dell'Economia e delle Finanze" (or Higher School of Economics and Finances), previously known as the "Scuola centrale tributaria". Among other things, it is provided that this institution may undertake and promote "research doctorates, new courses of study or other initiatives reserved to the competence of the universities" and that all teachers there acquire the status of professor. Nevertheless, the School remains organised as an agency in the direct service of the Minister. This reform poses various sorts of problems. First, it appears to be in clear conflict with constitutional and sub-constitutional principles pertaining to the university system, above all because the School has a much reduced autonomy and is subjected to the Minister's penetrating powers of appointment and direction. In addition, the regulation does not appear to be consistent with the norms of first rank, involving both principle and detail, that provide for it and constitute the foundation of it. The contrast with the primary norms pertaining to detail is obvious, as is true for the norms pertaining to principle - where the content is particularly ill-defined - is clear when rigorous interpretative techniques are applied, such as those brought to bear in certain rulings handed down by the Constitutional Court in the matter of legislative delegation. 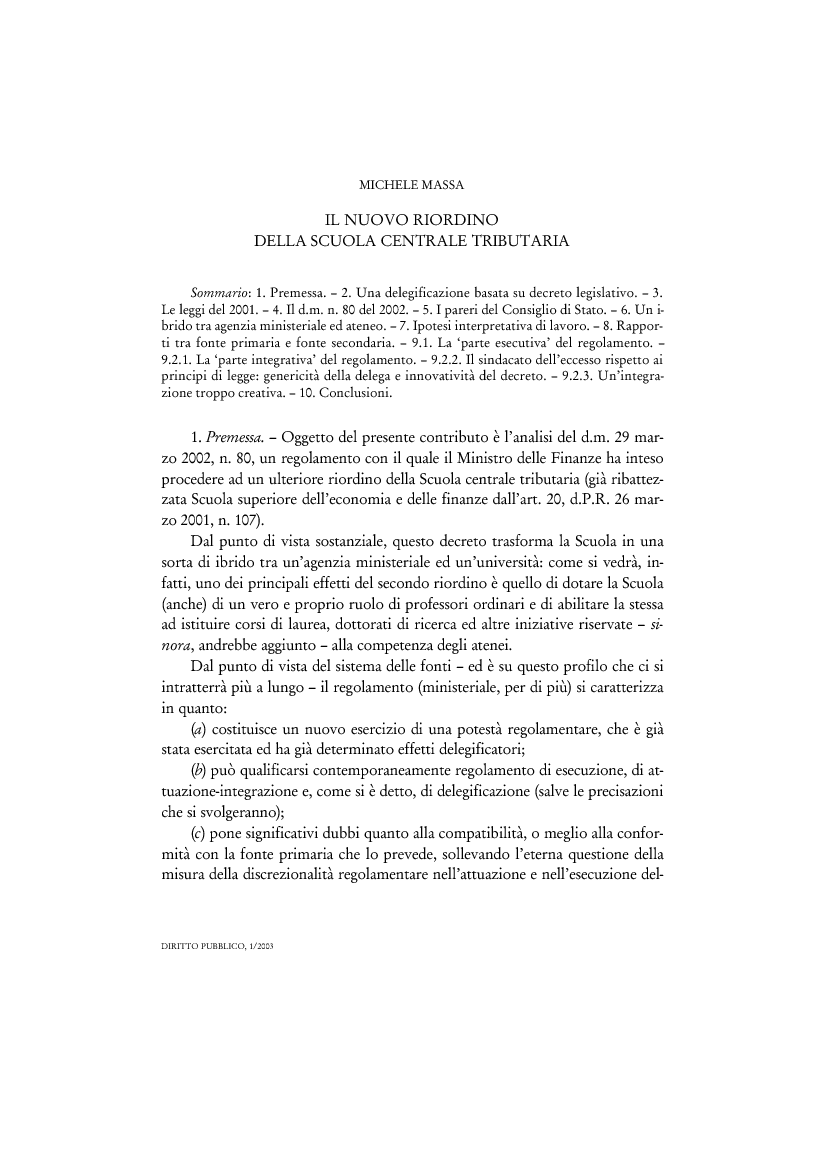