In the process of Community integration the importance is emerging of the role played by acts that, with different nomina, contain the interinstitutional agreement reached, after lengthy negotiation, by the institutions as to the modalities for the exercise of their respective attributions. Faced with the complicated iter for the revision of former Art. 48 of the European Union Treaty, interinstitutional agreements have shown themselves to be the most congenial instruments with respect to the "functional" nature of the integration process: the dynamism that characterises the form of Community government drives the institutions to negotiate mutual relationships in terms of power with atypical acts easy in the making, of uncertain binding force and at the borderline of legality as laid down by the laconic letter of the treaties. Right from the inception of this phenomenon the interinstitutional agreements were in fact included in a conscious policy of the Parliament to attempt to increase its own competencies. In particular, the Parliament obtains concessions in terms of attributions and "in exchange" promises institutional "peace". In order to comprehend the effective unfolding of relations between Community institutions it is therefore necessary to verify to what extent and in what way the provisions contained in the treaties are integrated and/or corrected, if not substantially modified, by norms referring back to custom, more or less progressively formalised. There being no norm regarding the production of these sources, nor regarding the qualification of their normative capacity, the fundamental problem facing the interpreter of such phenomena is to try to understand what value they have, as well as what legitimacy. The conclusion one draws from relevant Community jurisprudence is that in the Community system, in the application of the principle of the prevalence of substance over form, even acts not mentioned of a conventional bent but accompanied by modalities and content such as to convince the interpreter of their innate intention to produce juridical effects, oblige the institutions to observe them. Contrary to the conventions, however, interinstitutional agreements lay down "rules" the corresponding "regularity" of which has not yet been established, and may indeed never be established. 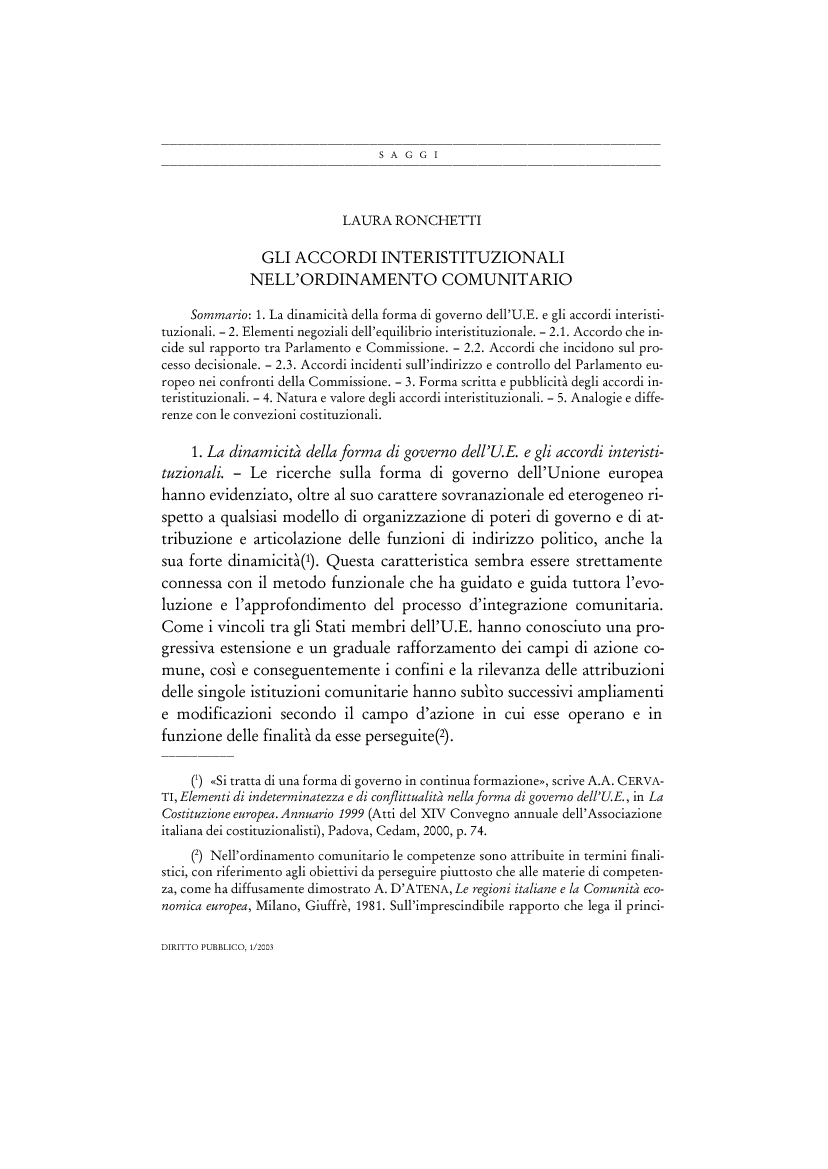