Transparency and democracy must coexist with secrecy and autocracy, not only at the world level, but also inside of the same State. Even a democratic State needs to keep some secrets for security or economic reasons, but this opaque sector must be ruled by a specific legislation. The first part of the article presents a short comparison between the concept of transparency in architectural and political studies, as it was intended from the last century until today. Then three case studies are analyzed, each one under three points of view: transparency, accountability and openness (OECD criteria). First, the Italian revision of the maritime borders with France; the local fishers were not informed about this change and this lack of transparency caused border incidents between French police and Italian fishers. Secondly, the draft of a proposed statute on driverless cars by the German government is a good example of transparency and coordination between the State and the automotive industry. Thirdly, the present drone-warfare and the practice of "targeted killing" by the USA exemplifies the lacking transparency of this procedure, as in the case of the targeted killing of a US citizen in Yemen: the subsequent suite of the American Council of Civil Liberties (on the basis of the US Freedom of Information Act) ended with an heavily censured report finally published in 2016. 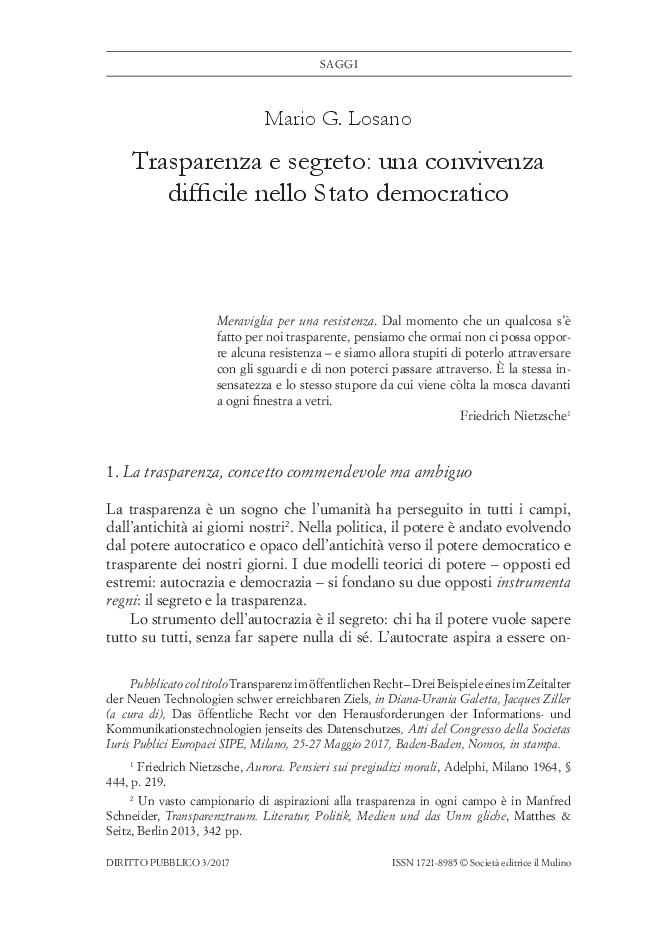