The work analyses the influence that the principles of the so-called new constitutionalism, understood as the last stage of evolution of the State under the rule of law based on the primacy of rigid constitutions and of the fundamental human rights recognized therein, exercise on South American administrative law. For this purpose, the author examines the new arrangement of the relationships between the powers of the State, which attributes to judges, "in primis" constitutional, a primary role in the guarantee of the fundamental rights of the individual through the review of the reasonableness and the technique of balancing. Next, he describes the change in the system of sources and the central role assumed by constitutional principles and values, among which certain rights of an absolute nature take on special importance, including human dignity in particular. Finally, the author demonstrates how such evolution has led to the coming to the fore of the principle of "favor libertatis" as a new paradigm of administrative law. 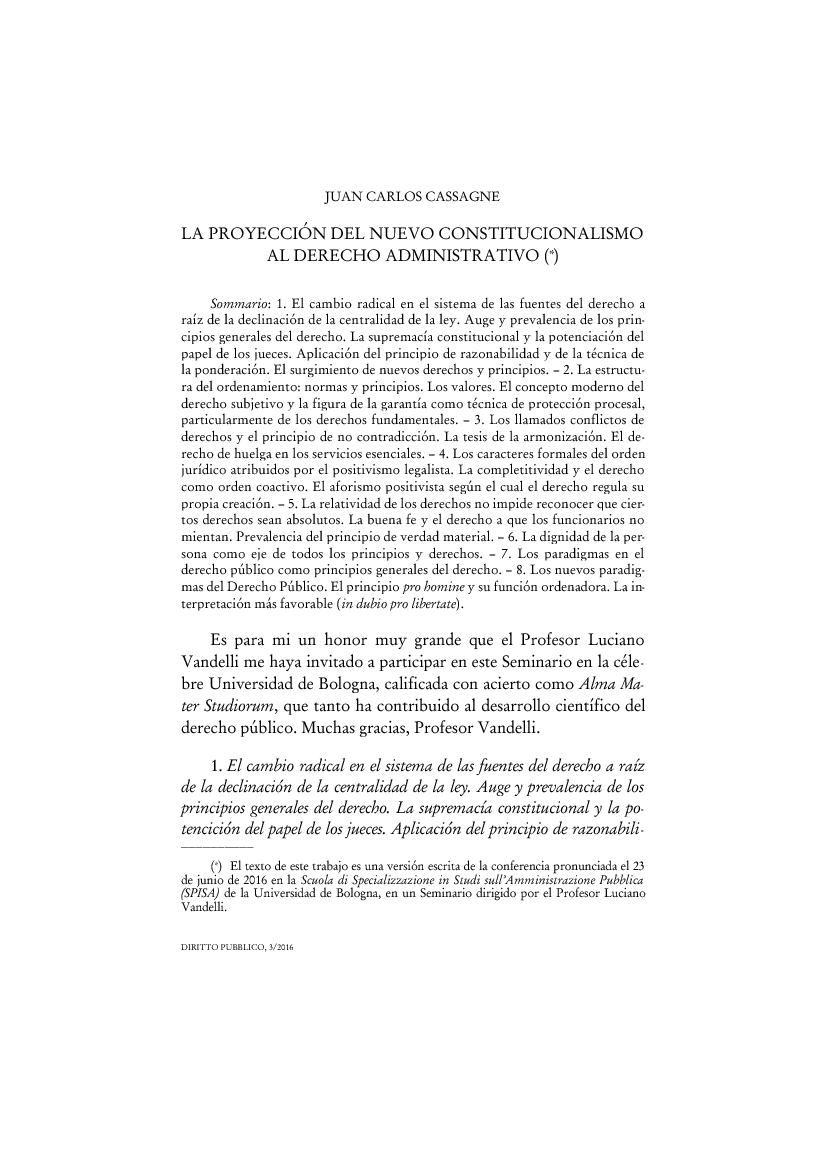