The contribution analyzes the relationship between legal logic and economic logic in the process of European integration. To that end, the author first illustrates certain features of so-called integration through law, which has long represented the central element of the European system, then proceeding to dwell on the new forms of governance that have progressively come to flank it. A concise examination follows of the normative measures introduced in the aftermath of the crisis over the coordination of economic policies, the audit of the budgetary policies of the Member States and the mechanisms of financial assistance, giving an interpretation thereof with the help of two concepts elaborated by Michel Foucault: 'astorate' and 'disciplining'. From the author's standpoint, such analysis makes it possible to comprehend the profound sense of the new techniques of governance that have ended up by also involving the role of the Court of Justice and the position of the national judges. Finally, the author offers a critique on the document of June 2015, prepared by the President of the European Commission in collaboration with the President of the European Council, by the European Central Bank, by the Eurogroup and by the European Parliament, expressing his hope that the next reform of European economic governance will mark a break with these recent trends and will take into due account the profound economic, historical and cultural differences among Eurozone States in accordance with a logic directed toward solidarity and social cohesion. 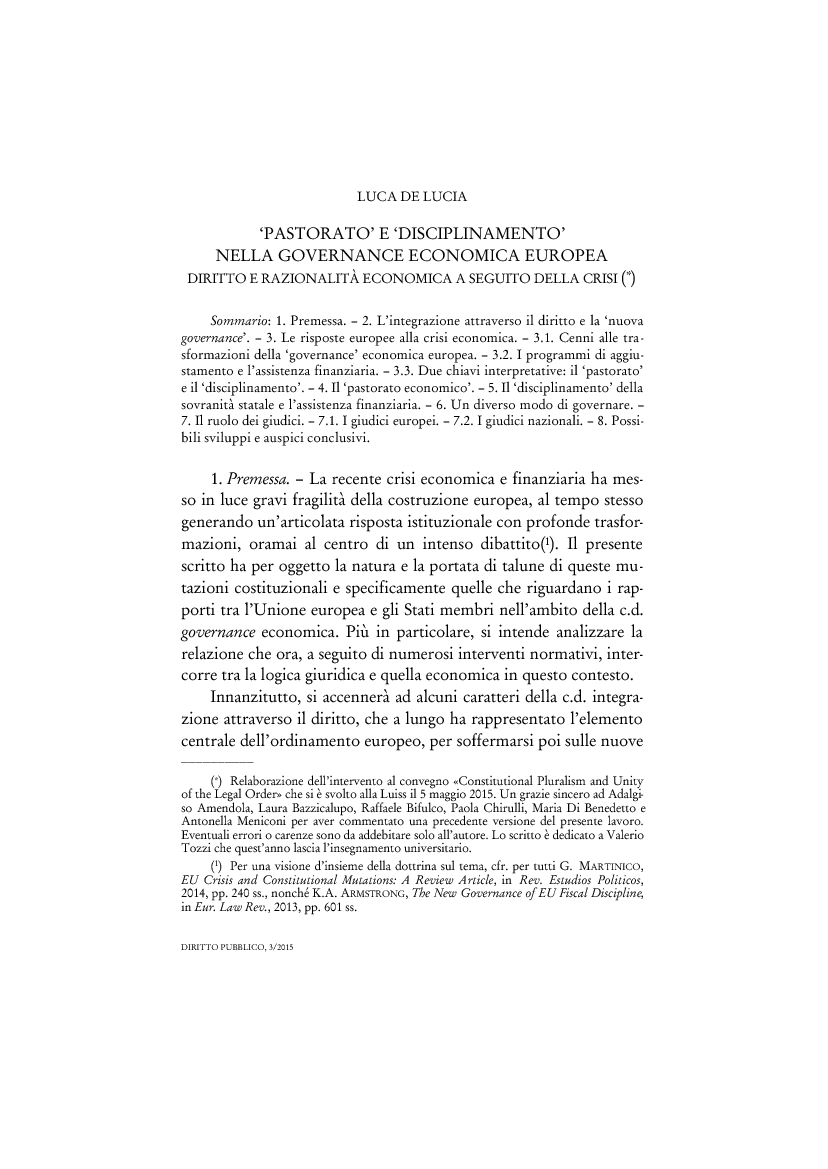