The article revolves around the redistributive issue raised by the relationship between land use and surplus value generated by urban development. The starting idea is that one cannot rely on a hypothetical self-regulatory function of the free real estate market, but that it is necessary to define new capacities and new forms of governance of urban planning. The latter should be conceived both as a decision-making process aimed at regulating use and transformation of urban land and as an area of regulation aimed as much at correction of the inefficiencies that alter the working of the landed property market, as at the recovery of real estate incomes and surplus values in the building of the so-called public city. Within these coordinates, the author examines some legal issues relating to the application of town-planning compensation measures based on redistribution between public sphere and private sphere. The topic appears very delicate for a legal frame continues to be lacking. In addition the legal development thereof is the result of planning experiences not yet consolidated that have given rise and continue to give rise to serious doubts as regards the legitimacy of the action of administrative authorities. This is an activity hinged upon private law instruments and upon bargaining with private subjects. Here the question arises as to whether or not it is necessary to set up the general framework within which to carry out the bargaining, at the same time securing the finalisation to public interest which urban planning is supposed to pursue. After having examined the different purposes of redistributive instruments, the work takes up the theme of the relationship between redistributive compensation and the principle of legality, with initial focus on the analysis of state and regional legislation, going on to examine its most problematic contents, i.e. the question of the additional obligations provided for in urban planning without a precise legislative authorisation. A criticism of the position which affirms the irreconcilability between property and redistribution, moving from this strict interpretation of the rule of law (of Parliamentary law), is then proposed. The main focus of the final part of the article is on researching about the legal foundation of such 'additional obligations' "praeter or ultra legem". This is found, on the one hand, in the new scope the legal system accords to 'conforming powers' of local authorities, on the other hand, in the optional nature of such obligations. Moreover, the lack of general legislative regulation ends up assigning administrative courts a substitutive role in defining the rules of town-planning compensation. This determines, in turn, further two issues: what are the limits to the determination of the content of additional obligations and how to define the parameters for judicial review. 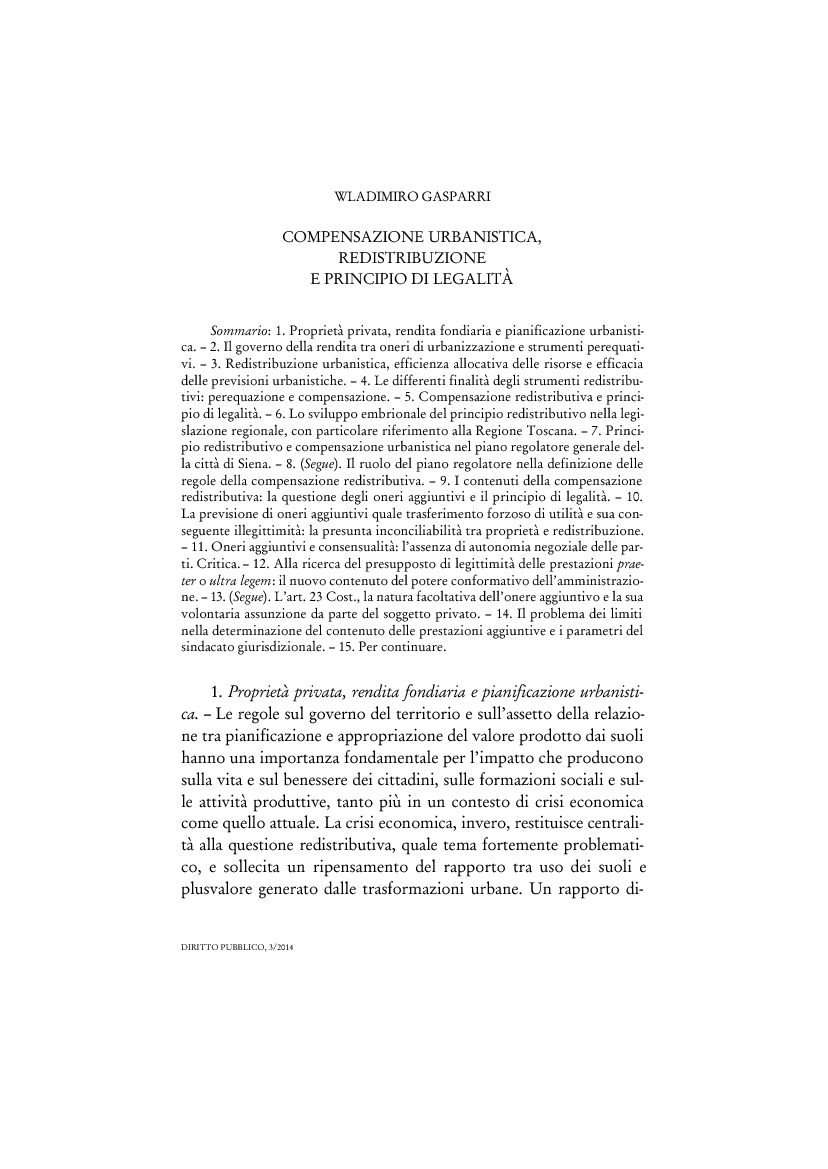