The literary work of Honoré de Balzac is deeply permeated by an awareness of the bond between law and society. In many novels of the "Comédie Humaine" much food for thought in fact emerges around the constituent values of the legal system, the economy, class relations, connections between the middle class and constitutionalism, between liberal and revolutionary constitutions, and between the pursuit of a career and political institutions. A leading reason for interest lies in the attention that Balzac devotes to the legal professions through some of his best-known literary creations, with sharp focus on true-to-life personalities closely observed in the context of his time, but also marked by the continuity of certain values of legal experience going beyond his time. A further reason for interest has to do with the transformations affecting the world of estate owners, particularly in rural areas, concerning which Balzac singles out certain basic features closely linked to the political and social events of his time. At the heart of the reflection on different facets of his work there is always great attention to changing customs as reflected in widespread political and juridical sentiment, and criticism at the theoretical constructs of bourgeois constitutionalism in the first half of the eighteenth century. 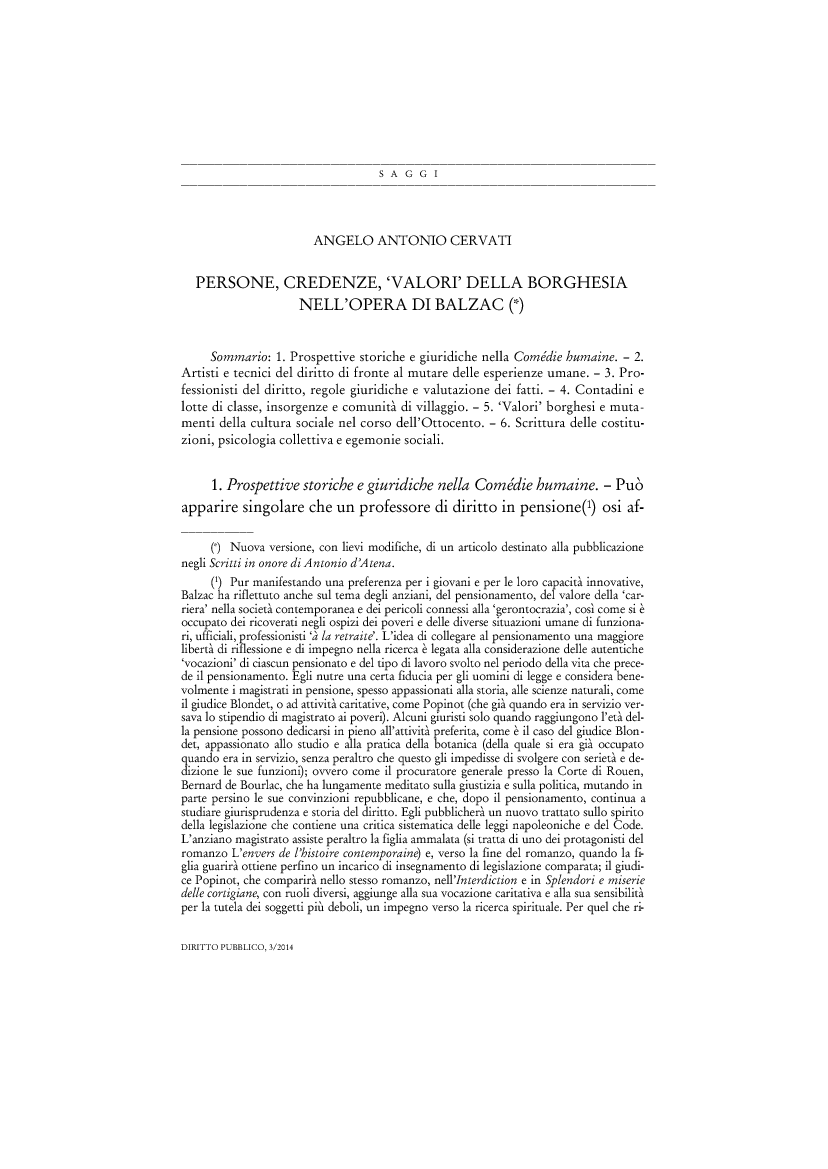