The contribution of Cesare Beccaria on the limits to punitive power is inspired by the idea, proper to liberal constitutionalism, according to which the limitation of power is functional to the guarantee of the rights of citizens and that, in particular, the sacrifice of freedom for purposes of social utility is to be kept to a bare minimum. On these premises, his reflection on the limits to punitive power is particularly topical, both on the front of substantive criminal law and on that of penal execution. From the first standpoint, the call for 'mildness of punishments' resounds in the principle, elaborated mainly by the Constitutional Court, according to which personal freedom must suffer the 'least possible sacrifice', just as the need for judgement to be 'inexorable' is reflected in the ever increasingly greater attention paid to matter of the duration of the process. From the standpoint of penal execution, the containment of the punitive approach has seen significant developments in the principle of proportionality and, above all, in the growing attention to respect for the dignity of individuals subjected to the restriction of personal freedom. On the whole, the inspiration of Beccaria's thought proves to be coherent with a penal model that revalues the action of public powers in the sense of the diffusion of the 'certainty of rights' rather than in placing emphasis on the 'right to certainty'. 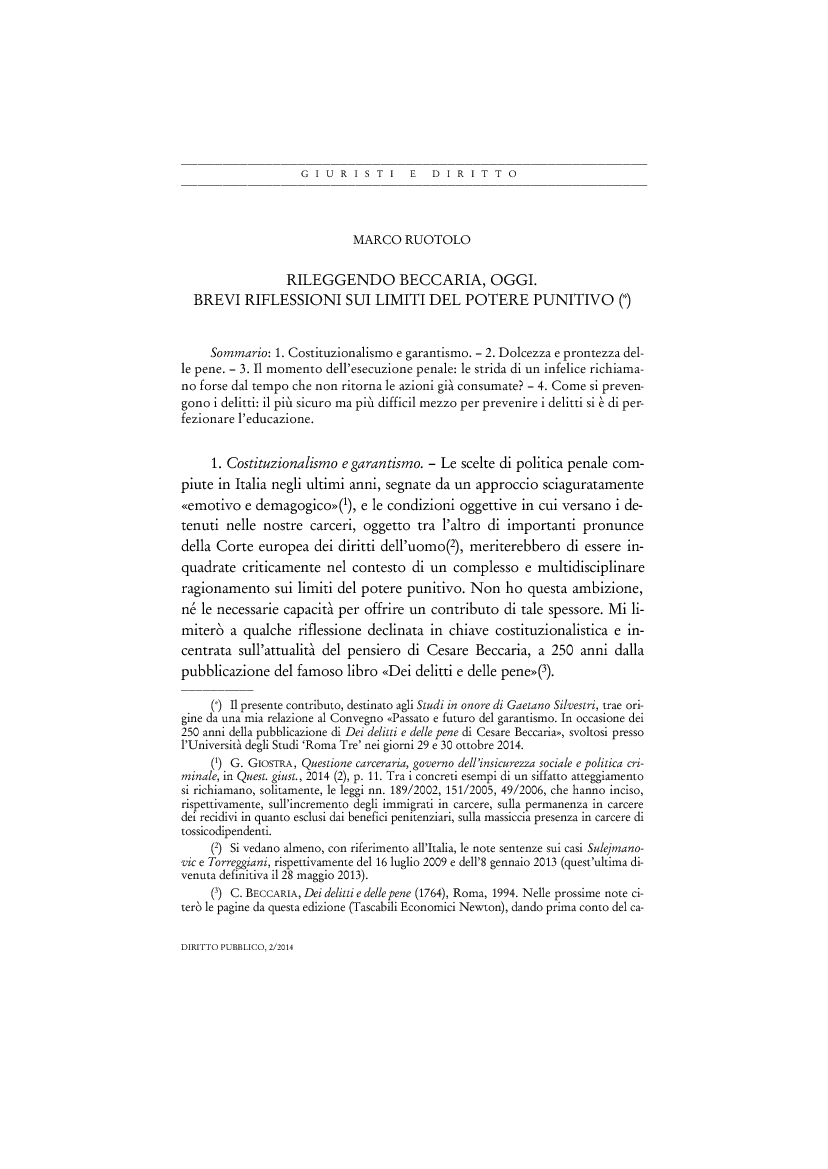