The author comes to grips with the debate over the administrative judge where at stake are profound and deepening divisions, which in certain moments in the history of the republic have returned and do return to topicality. In the author's view recent reasoning ought to be overturned, according to which the institution of administrative justice is of use in safeguarding the principle of the separation of powers, which, in its primigenial accepted meaning, excluded possible forms of meddling by the judiciary in the power of the executive branch and, therefore, also in the acts of the public administration. The starting point cannot but be the opposite: it is the safeguarding of the executive, which represented the justification of the dualistic system, which impinges on the guarantee-oriented substance of the principle of the separation of powers. On this assumption the work critically examines the arguments adduced as a foundation of the speciality of the administrative judge to affirm, rigorously, the uniqueness of the jurisdiction. In particular, the idea that the foundation of administrative jurisdiction is to be found in the speciality of administrative law is subjected to criticism. This explanation appears weak to the author, because if anything it can be admitted that the speciality of substantive law justifies the introduction of specialized judges. There is indeed a difference between a specialized judge and a special judge: the latter is characterized not only by his (or her) competence, but also in terms of legal status, which differs from that of ordinary magistrates. Likewise, the central dogmatic figures on which administrative law is built (unilateral and authoritarian power, legitimate interest, excessive power), are no longer, or can no longer be considered, the expression of a special right, just as the "civilization" of the administrative trial removes the justification for the existence of the special judge. In truth, if it is recognized that the administrative judgement is a trial involving parties that has as its object administrative dealings, the problem of the independence and impartiality of the judge becomes central. 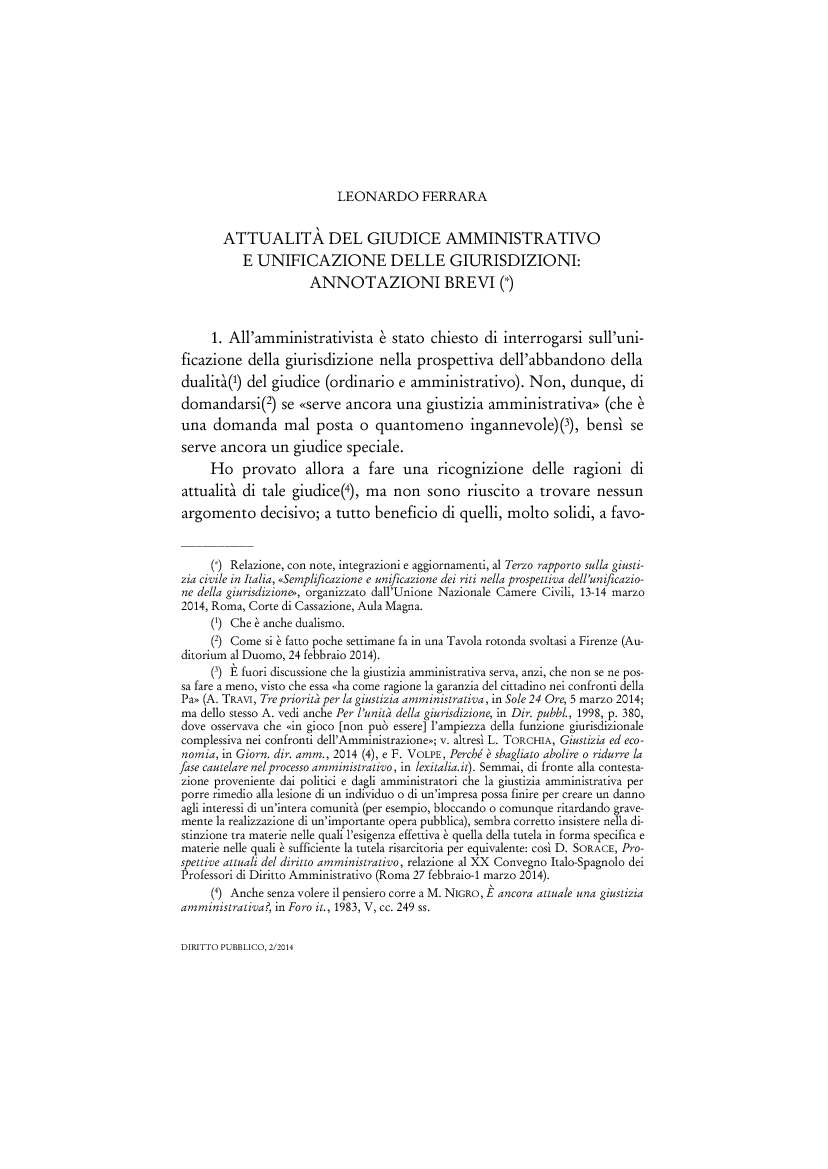