The assignment to the European Central Bank of supervisory functions over the major European credit institutions of Member States in the Eurozone, in addition to the functions of central bank put in charge of the governance of the single currency, marks a new stage in the process of European integration. The Single Supervisory Mechanism supersedes the previous system of harmonized national supervision introduced by the European directives of the late 1970s; it is scheduled to take effect in November 2014. The reform was imposed by the worsening of the financial crisis, exploded in 2008, which in 2012 threatened to overwhelm some countries on the brink of financial ruin, with a consequent possibility of their exit from the euro. Actually, the Single Supervisory Mechanism constitutes the first step towards a more ambitious objective: the so-called Banking Union. The latter in fact provides for not only the centralization of banking oversight under the Central European Bank, but also the introduction of effective mechanisms for the resolution of banking crises with systemic effects, including by making available public funds as a rescue tool of last resort, and harmonized instruments for the guarantee of depositors. The work deals with these themes from a historical perspective with the aim of explaining the development of the institutions considered, including the phases of acceleration of the evolutionary processes, at times in unexpected directions. 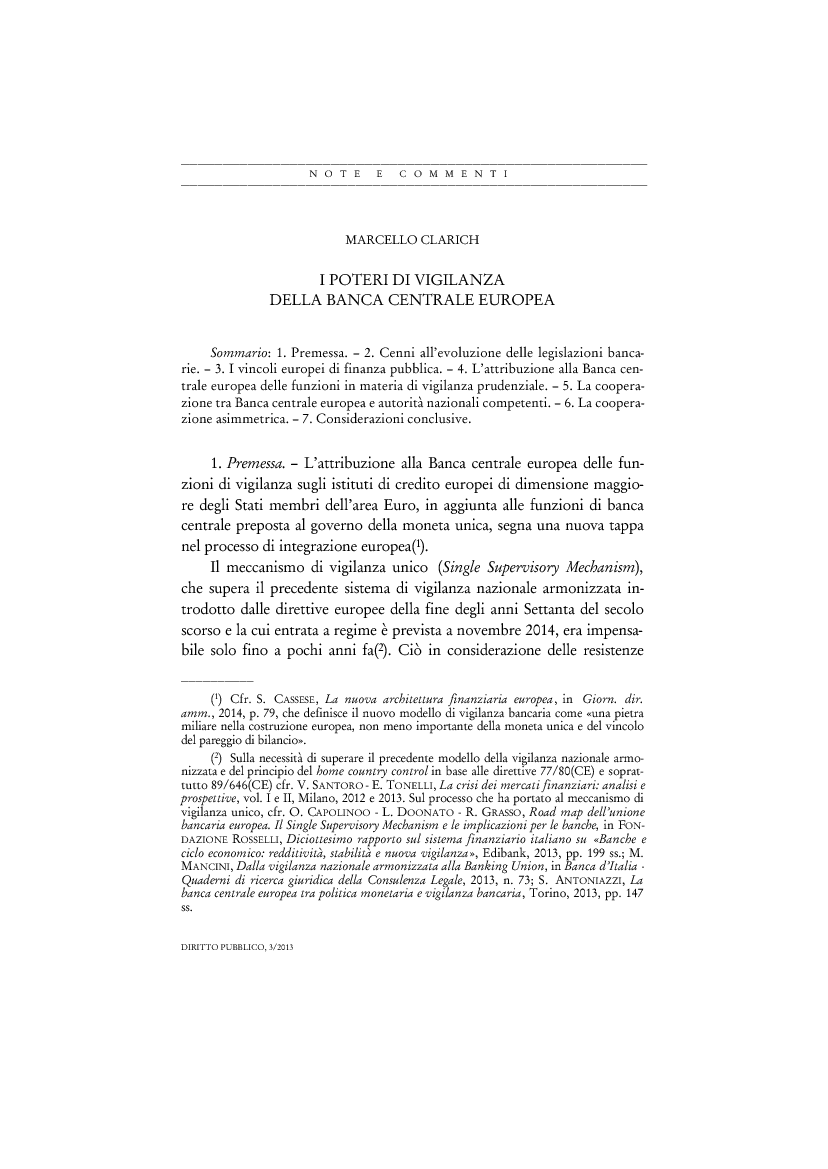