The writing deals, within the confines of constitutional analysis, with one of the developments of a word, 'fraternity', already in and of itself suggestive and rife with history and meanings, by thoroughly examining the regulation of mutualism, particularly in the health sector, and its sustainability in light of the fraternal paradigm, to draw conclusions as regards the faithfulness of the model to the original inspiration in a context of welfare reform. In the author's view, the principle of fraternity, hidden but vital heart of freedom and equality, has become the expression of a pluralistic dimension reflecting, in addition to the multiple interpretations of the same ideal compendium, the many languages that enrich its semantic complexity. Only from within this perspective is it possible to comprehend the superabundance that fraternity displays compared with the single specialized languages, which do not succeed in grasping the essence in full and, at the same time, the elusiveness that this principle manifests with respect to readings tending to crystallize its function, ignoring the finalistic and relational aspect. Fraternity thus presents itself as a great field for the observation of the unfolding of human nature: indeed, the more one tends to reduce it to a unitary, monologue dimension, the more one realizes the numerous meanings that it comprises and the many social practices that it represents. Fraternity, care, networking and solidarity weave the fabric that forms the mutualistic tie, i.e. of an associative form that pursues purposes of solidarity through the socialization of the burdens stemming from 'catastrophic' events (sickness, death, accidents, etc.) that individuals would be unable to bear personally, at the same time giving life to tangible forms of shared sociality. Mutualism presents itself as a possible alternative to the individualism that marks contemporary social structures and is part of the picture of renewed social policies of 'activation' in which the purposes of welfare give importance as much to the traditional need to protect those who - due to age, health conditions and social position - cannot participate actively, as to the commitment to strengthen and sustain the general population's ability to actively participate. 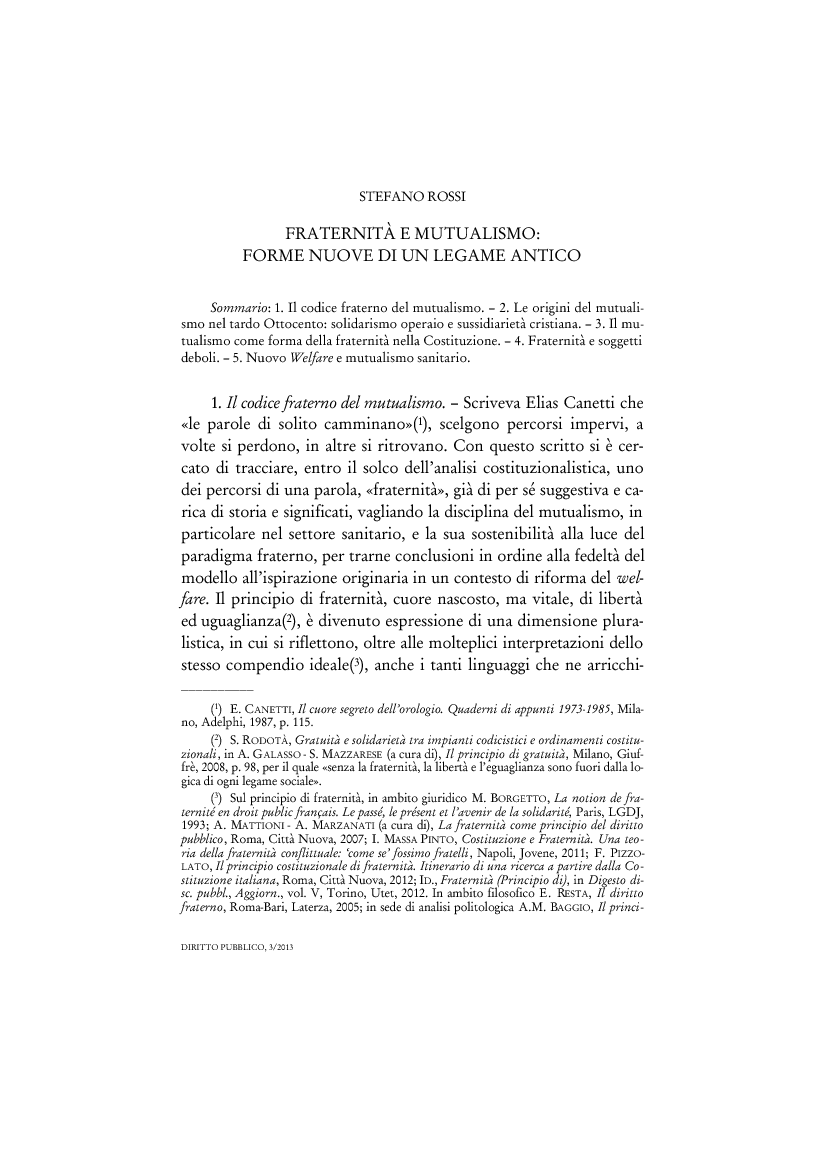