The essay analyses how President of the Republic Napolitano has exercised his powers in relation to the judiciary branch. Napolitano's action has taken place within the framework of a clash between politics and magistrature that over a twenty-year period has come to reach untenable tones, with such action animated by the intent to bring back each of the constitutional branches to an attitude of mutual respect and reciprocal collaboration. After having reconstructed the "ratio" of the assignment to the Head of State of the Presidency of the CSM (Council of Magistrates) as lying in the need to ensure the external independence of the magistrature from any other power and, at the same time, to defend the same internal independence of the magistrates vis-à-vis the currents of the power to which they belong, the author relates how Napolitano has exercised his formal powers with self-restraint, without, however, renouncing an energetic, scrupulous and attentive leadership of the Council. He has defended the magistrates from the delegitimizing attacks coming from some political quarters, but has also reprimanded the judges for behaviour marked by excessive desire to be in the limelight or undue polemics, among other things inviting them to make moderate use of the socalled "pratiche a tutela" (precautionary measures in pre-trial investigations that spotlight those involved, often negatively). The paper further explores the power of pardon in light of the redefinition of the same done by the Constitutional Court in Sentence No. 200 of 2006, and points out that President Napolitano has generally respected the limits set in that ruling, blatantly going beyond them, however, with the measures of clemency granted to journalist Sallusti and US military officer Joseph Romano. Finally delved into is the conflict between President Napolitano and the Public Prosecutor's Office of Palermo that gave rise to Supreme Court Sentence No. 1 of 2013, affirming the immunity of the communications of the President of the Republic from any form of direct or indirect wiretapping. The author suggests a line of reasoning alternative to that followed by the Court. 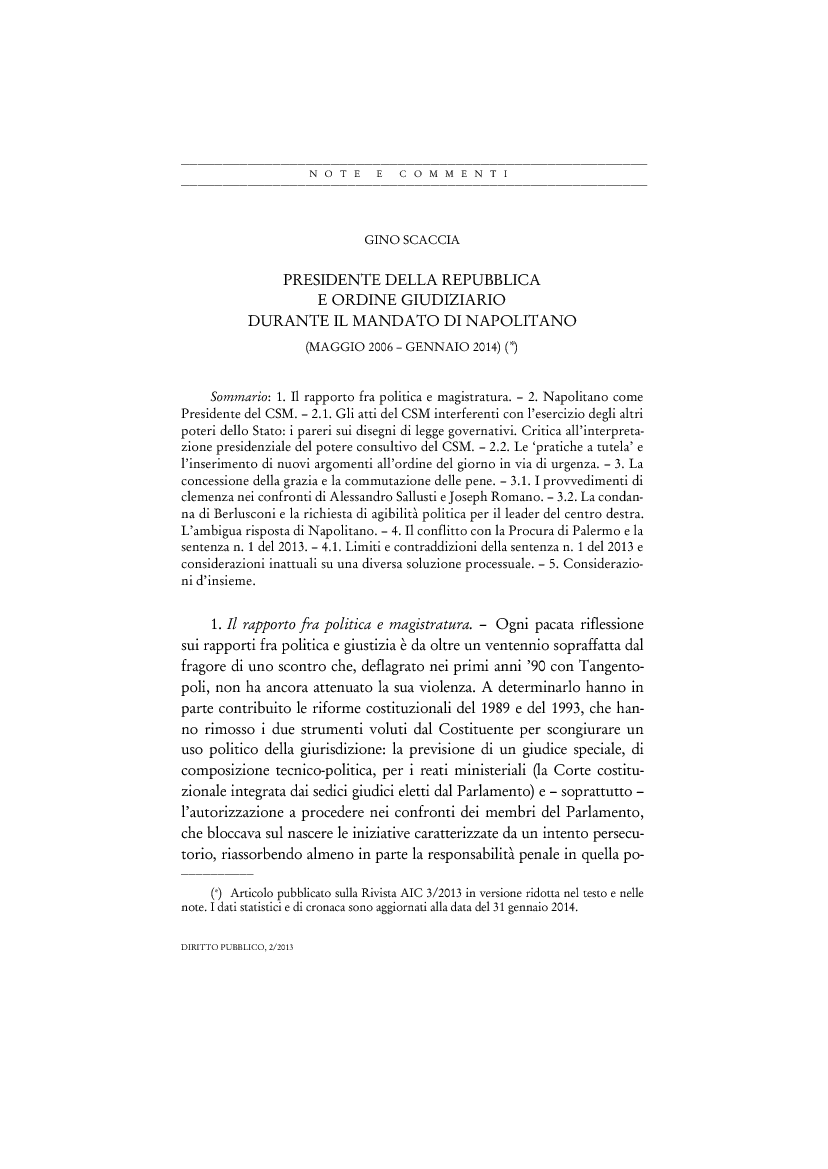