The writing takes its cue from the recent jurisprudence of the Convened Sections of the Court of Cassation, which, by broadly interpreting the expression 'grounds relating to jurisdiction' as stated in the final paragraph of Art. 111 of the Constitution, have broadened the control of the Court over the sentences of the Council of State (and of the State Audit Court), intending to open a debate with those positions of the doctrine that have criticized this orientation. In reconstructing the debate over the issue the author does not underestimate, much less deny, the fundamental role of the administrative judge in ensuring protection to the citizen vis-à-vis the public administrations. The Constitutional Court itself has underlined the equal dignity due such judge, and the fitness of the same to safeguard constitutionally- protected rights as well, for that matter within the framework of a unitary system that, as such, cannot admit or uphold internal separations that are final and absolute. In addition to logic, the constitutional norms do not allow it, much less the inspiring principles and values of the Constitution. In the author's opinion, in light of this the most recent jurisprudence of the Convened Sections with regard to review of the rulings of the Council of State cannot be considered in conflict with constitutional rules, but appears to be the most faithful to constitutional values and principles. 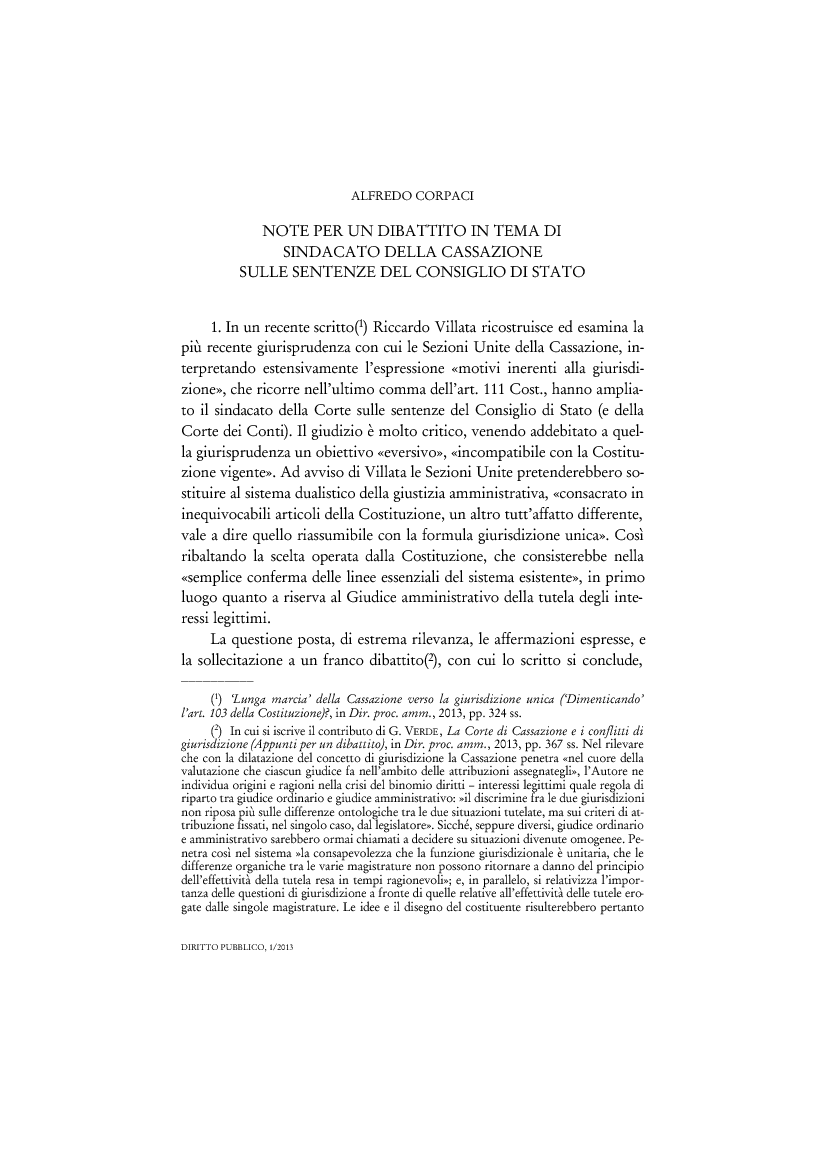