Rather than acting as a stable point of reference for defining the legal status of the figure, the entry of nullity among the species of invalidity predicable with regard to the administrative act has ended up generating assorted questions (including as to general theory) about the legal treatment of the (diverse typologies of) deformities of the administrative act. In view of this, the essay: 1) attempts to re-delineate the legal system in relation to the nullity of the administrative act, aiming above all to ascertain the topicality of the 'link' (which historically has been considered a distinguishing trait of nullity) between the plane of (in-)validity and that of (in-)effectiveness; 2) more generally, the essay investigates the system pertaining to the deformities of the administrative act, which normally is an expression of the norm-validity/invalidity scheme, verifying the possibility of extending it to the 'moment' of legal relevance, which is considered the presupposition of validity/ invalidity. From the description of the 'features' of the system in question, a possible theoretical reconstruction of the essential structure of the administrative act is inferred: signally, in light of the diversity that exists between the status of legal irrelevance (which does not permit even making reference to an act) and the status of nullity (the act exists, but it is null, which, however, does not prevent it from being capable of producing effects of its own), within the life cycle of the administrative act the elements essential for its existence are isolated from the elements essential for its effectiveness, thus suggesting the conceptual difference (and the difference in terms of legal system) between them. 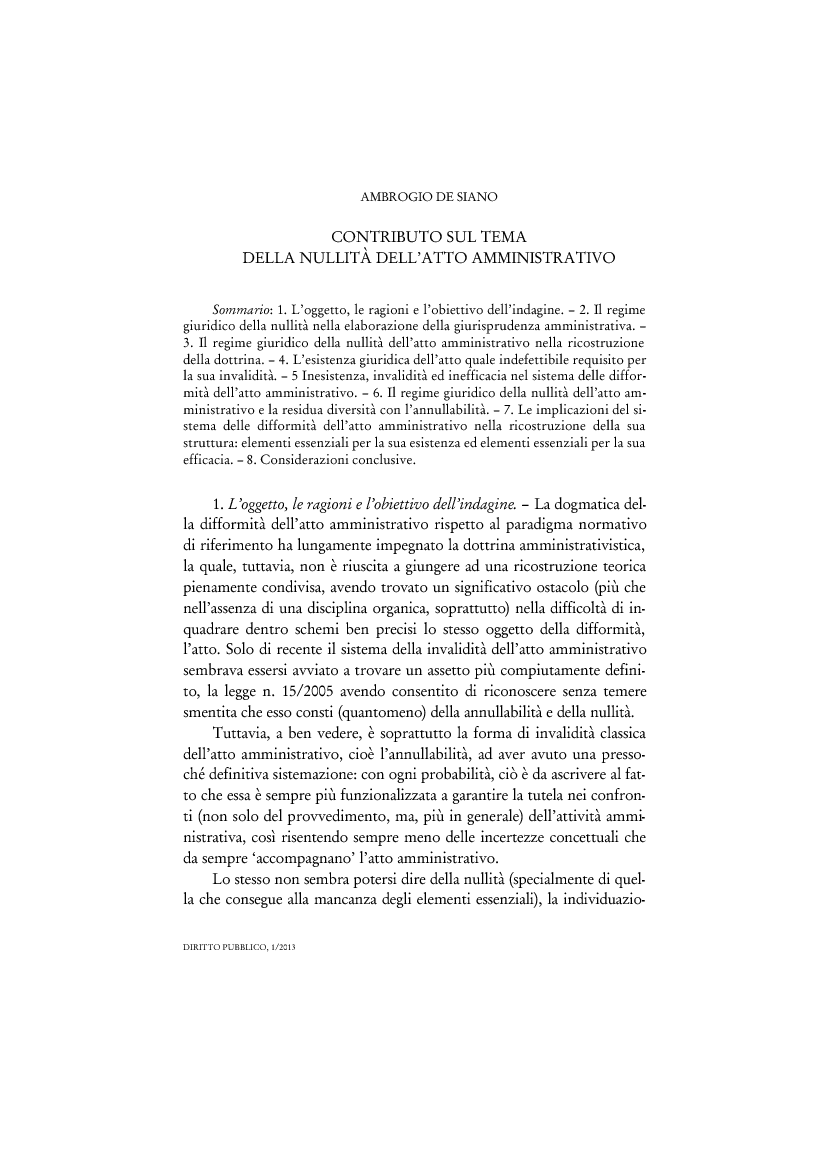