The notion and the system of social rights take their place at the problematic confluence of a series of problems that is not small. This involves a subjective position marked - perhaps more than others - by the historical evolution of continental constitutionalism, conditioned by the matter of welfare, by the uncertainties surrounding the claims deemed to be addressed to public authority and, finally - but closely related to the idea of perfect subjective right - to the system of primary guarantees. The reflection on social rights is the occasion for grasping the substance of the vexed questions surrounding them, which have influenced the solutions that have been proposed in a way that is anything but minor. Since we are dealing with a claim that appears conditioned by complex problems, the work gives an account in particular of: (a) the representations that have been put forward by our law literature, (b) the evolution of welfare, (c) the EU and constitutional regulation thereof. The core issues on which the article reflects are: (i) the attraction of social rights in the structure of what is traditionally considered the sovereignty of the State, along two convergent paths, one arising from the relation between administration and law - which leads to configuring social rights as untenable positions without legislative recognition - and the other arising from the relation between administration and jurisdiction - which limits the effectiveness of the right unless and until the activity corresponding to it is assumed as its own by the authority - to assess whether there are (ii) reasons for instead considering social rights as belonging to the area of fundamental individual rights by virtue of (iii) the pertinence thereto of sovereignty, (iv) ensuring protection through the system of secondary guarantees and, in particular, of the general actionability of the substantive claims ensured by Art. 24 of the Constitution. 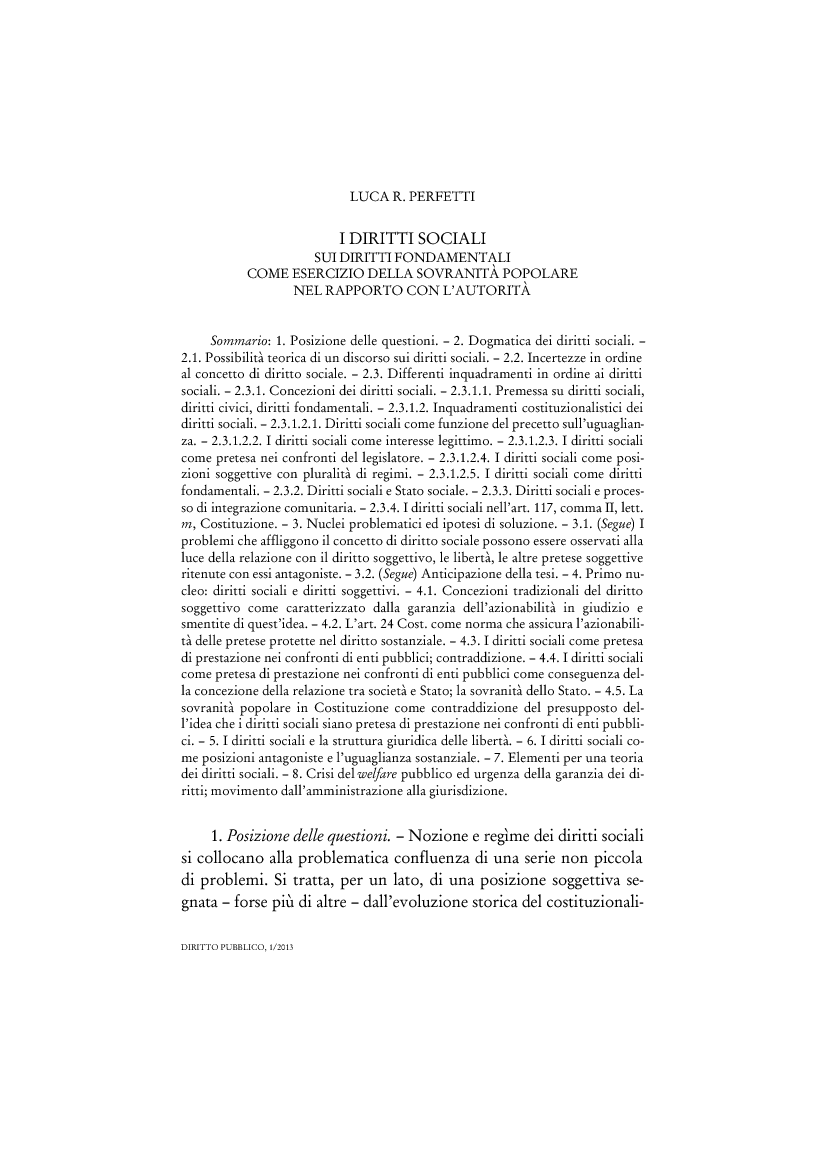