Elaborated by Teubner and Sciulli in light of the systems theories of Parsons and Luhmann, the functionalistic theses of corporate constitutionalism have the aim of dealing with the problems of globalization and the supposed superseding of the State dimension with the extension to private systems, through a conceptual method of generalization and respecifictaion (re-entry), of the paradigm of constitution produced by the historical evolution of political systems. These theories thus elaborate a model of self-constitutionalisation of the same private systems, which, by translating, with the emergence of peculiar and autonomous 'corporate constitutions' of each system, in a substantial self-limitation of the rationalities proper to each of them, checks the recurrent tendencies thereof, potentially destructive for the entire social system. The intention of the essay published here, with a first reflection on the theme, is to concisely reconstruct the principal passages of the theories being considered, appreciating the numerous reasons for interest in them on the scholarly plane, while nonetheless pointing out certain analytic limits in them, foremost among which that concerning the dearth of effective instruments of coercion available to private systems to guarantee the effectiveness of their internal constitutions, which gives rise to the consequent need for the structural coupling of the latter with the legal/institutional subsystems of the State apparatus, thus brought back, despite its presumed obsolescence, to its primary (and unfailing) function of the juridical regulation of social phenomena. 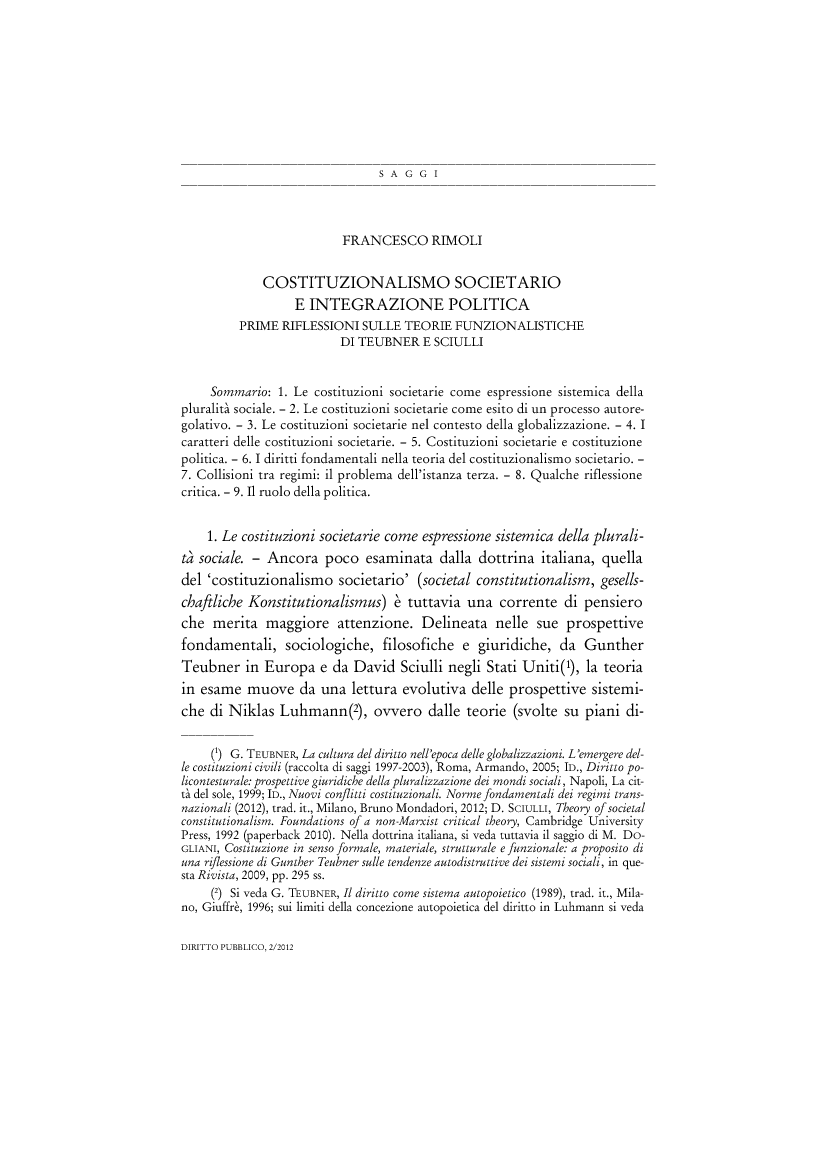