The aim of this contribution is to deal with the theme of legitimate interest in light of the principal studies that civil law literature has devoted to the topic. Interest in the figure, in a disciplinary sector different from the original one, sprang from the need, particularly felt even in relations between private subjects, to place a check on the exercise of so-called private powers. Only some pieces of research, however, have concluded by affirming the right to standing in the private law system of legitimate interest, since the predominant opinion has remained firm in maintaining that the civil system is the reign of (just) rights and obligations. Thus, an attempt has been made to highlight how the querelle that has arisen over the matter of private powers, far from remaining a phenomenon circumscribed to the ambit of relations regulated by the Civil Code, has extended to include the theme of public powers as well, concerning which the practical utility of the figure traditionally indicated as legitimate interest has begun to be brought into question. More precisely, valorising the concept of legal relationship also in public law, some scholarly circles have reached the conviction that, even with respect to administrative powers, the safeguarding of the citizen might be more effectively ensured through the instrument of the obligatory relationship, i.e. by recognizing to the private subject real subjective rights to which correspond so many obligations charged to the public administration. Against said conclusions, reached by the most modern scholarship, this piece of research has attempted to verify the possibility of obtaining equally satisfactory results, in terms of providing the concerned party with guarantees, through a rereading from a relational standpoint of the dialectic between power and legitimate interest. 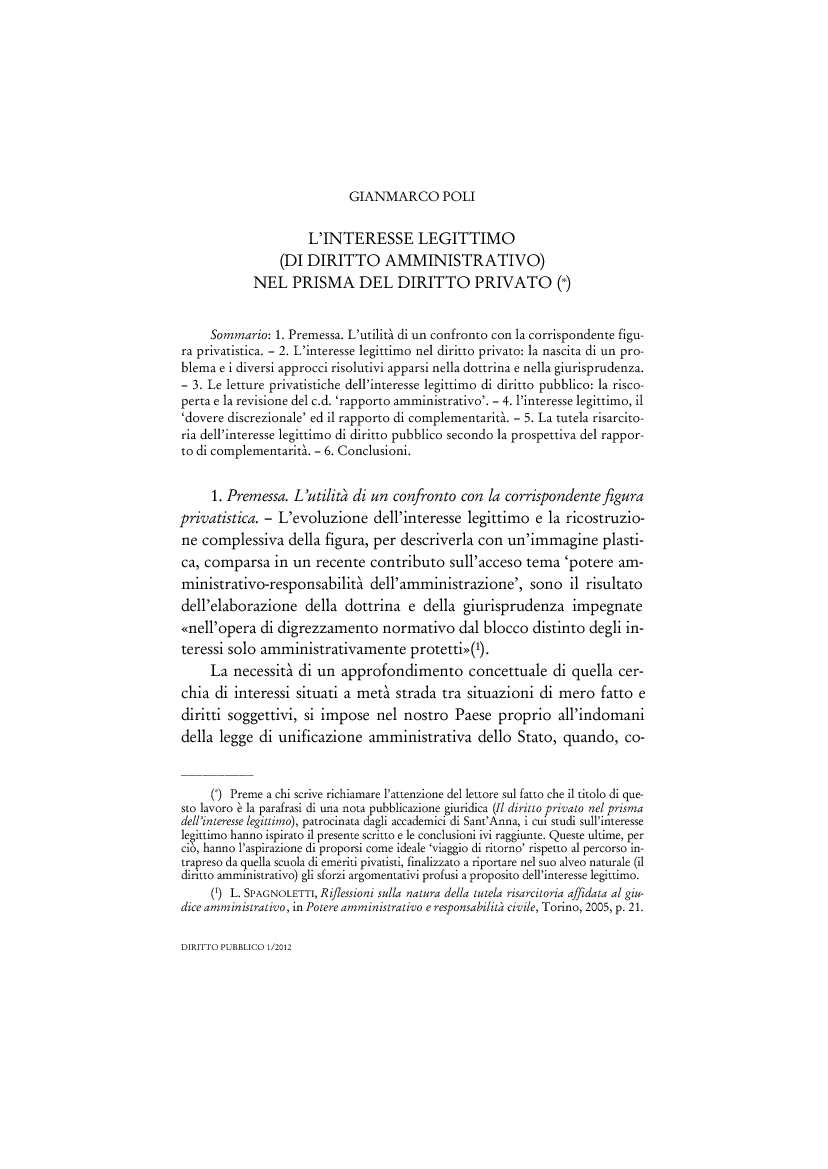