At first sight, the decade just underway does not appear marked by any 'great' law to record in the process of the reform of administrative justice begun with the Law of 31 December 1987, the most significant provision of which was the creation of the Cours administratives d'appel. However, this does not mean that administrative jurisdiction has been left on the margins of the reform processes of the 2000s. On the contrary, it has not ceased to be the object of reforms, as witnessed in strictly quantitative terms by the number of amendments made in the Code de justice administrative after its adoption in the year 2000, and contained in 20 legislative provisions, 10 ordinances and 50 decrees. In this context the work focuses specifically on the reforms designed to guarantee a fair trial and those intended to reduce the dualism between the advisory function and the jurisdictional function of the Conseil d'Etat. In any case, the measures adopted not only do not depart from the dominant tradition of the administrative justice reform movement but betray a firm will to strengthen the tradition, i.e. - as stated by Laferrière - to ensure the permanence of this consolidated national institution, respected and guaranteed by all the regimes that have succeeded one another over time. 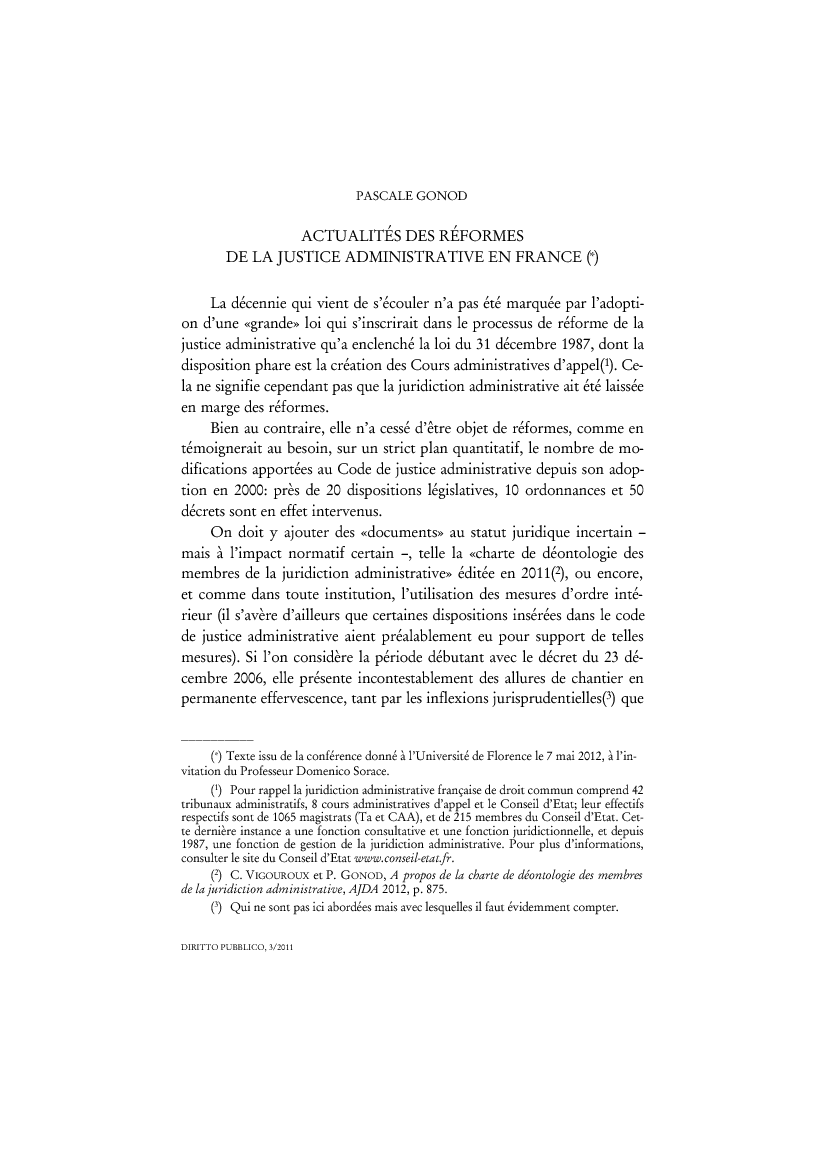