The author examines in the wake of tradition the position of V.E. Orlando in the formation of Italian administrative law and within this framework reaffirms that the organization of a 'national legal school,' the introduction of intellectual jurists in forms of specialized legal studies and, through them, their integration in the nation State, is the end result of Orlando's extraordinary cultural operation. He attended to structuring and co-ordinating the part of the scholarly community closest to the ideas expounded in the methodological manifesto. Orlando singled out a theoretical orientation and gathered a scholarly community around it, which joined in a common effort to produce reviews and, above all, the treatise or Trattato. Moreover, it is wholly evident that only with Orlando did administrative law reach full maturity as a discipline: it was the Palermo scholar who endowed the same with a precise identity and cultural force. It was possible to achieve this only thanks to the reduction and simplification of the area of study of administrative law. Prior to the Palermo jurist, administrative law was a labyrinth or inextricable briar patch. Orlando deflected and cleansed administrative law of the superstructures of economics, sociology, philosophy and administrative science. That allowed the Italian school of public law to carry out a process of acknowledgement of the remaining area of studies. But in the long run the reduction also proved to be the weak point of the construction, since it ended up sterilizing administrative law studies during the first half of the twentieth century. The juridical method introduced by Orlando also made it possible to pursue two political aims: 1) social policy aimed at the preservation of State unity and the leadership of the upper middle class; 2) law policy promoting the autonomy of a new area of legal studies through the process of reducing its scope so as make it perceived as a distinct specialized discipline. So Orlando's theories, at that specific time in history, gave a vital impetus and formed a political tool for the realization of a specific project for national unity. 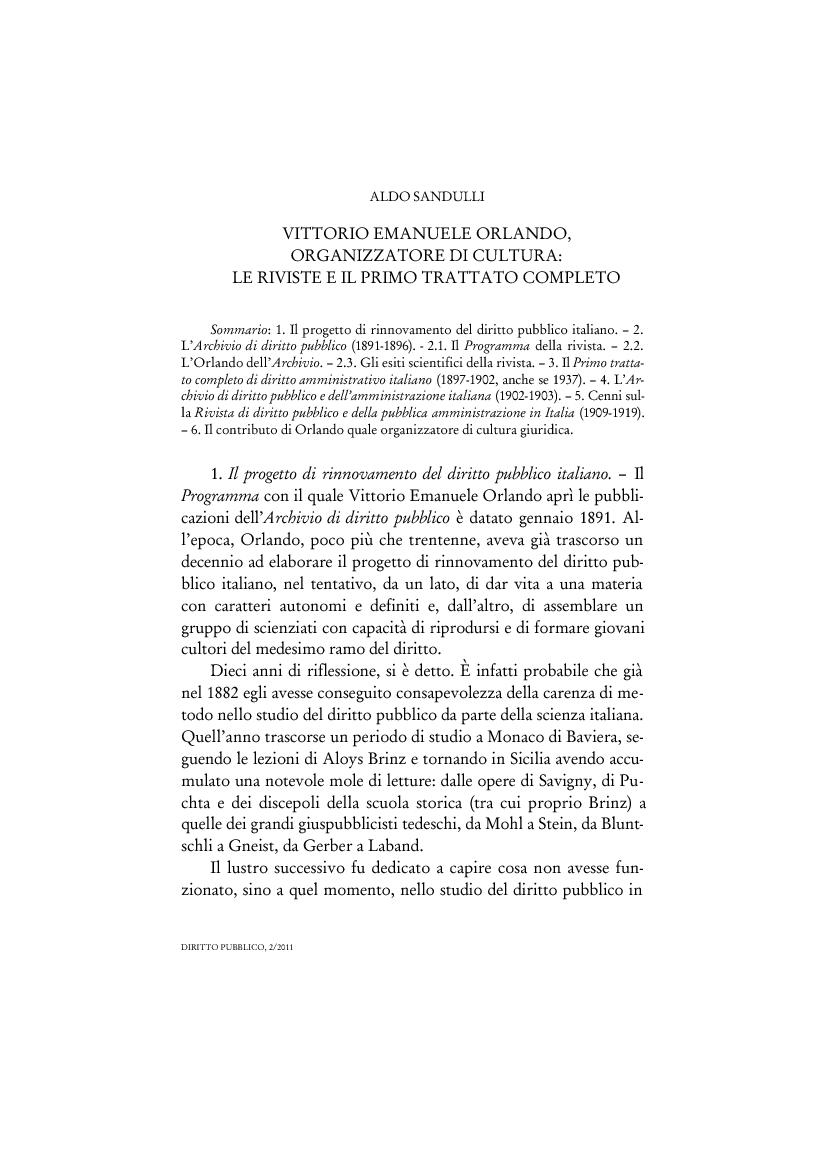