The author, after having attempted to define 'ambiguity' by distinguishing it from other forms of equivocality of propositions, examines the problem of the ambiguity/law relationship, traditionally anchored to the linguistic and hermeneutic perspectives, tantamount to a new viewpoint: that of the normative decision, i.e. meaning ambiguity itself, not so much as a problem tied to the crafting of normative texts, their application and/or implementation and, above all, interpretation, as a question mainly pertaining to the level of the legislative determination as a 'factor' or 'object' of it. Some figures marked by normative ambiguity are presented from this point of view: a) the ambiguity caused when the proposition is brought into being in the presence of overall conditions giving rise to the equivocal nature thereof; b) resolved ambiguity, which is connoted owing to the fact that it is transformed from factor to substance of the normative decision; c) tactical ambiguity, which marks policies directed toward the same objective, nevertheless pursued in conflicting ways and d) repressed ambiguity, which becomes something to dispel. The resulting picture is that of a review of figures of legislative ambiguity, in which law and legislator, the act and the function of which this is the expression are joined in a same censure, with possible delegitimizing consequences that go far beyond the proposition (the act or policy) taken into consideration, to assume more systemic dimensions. 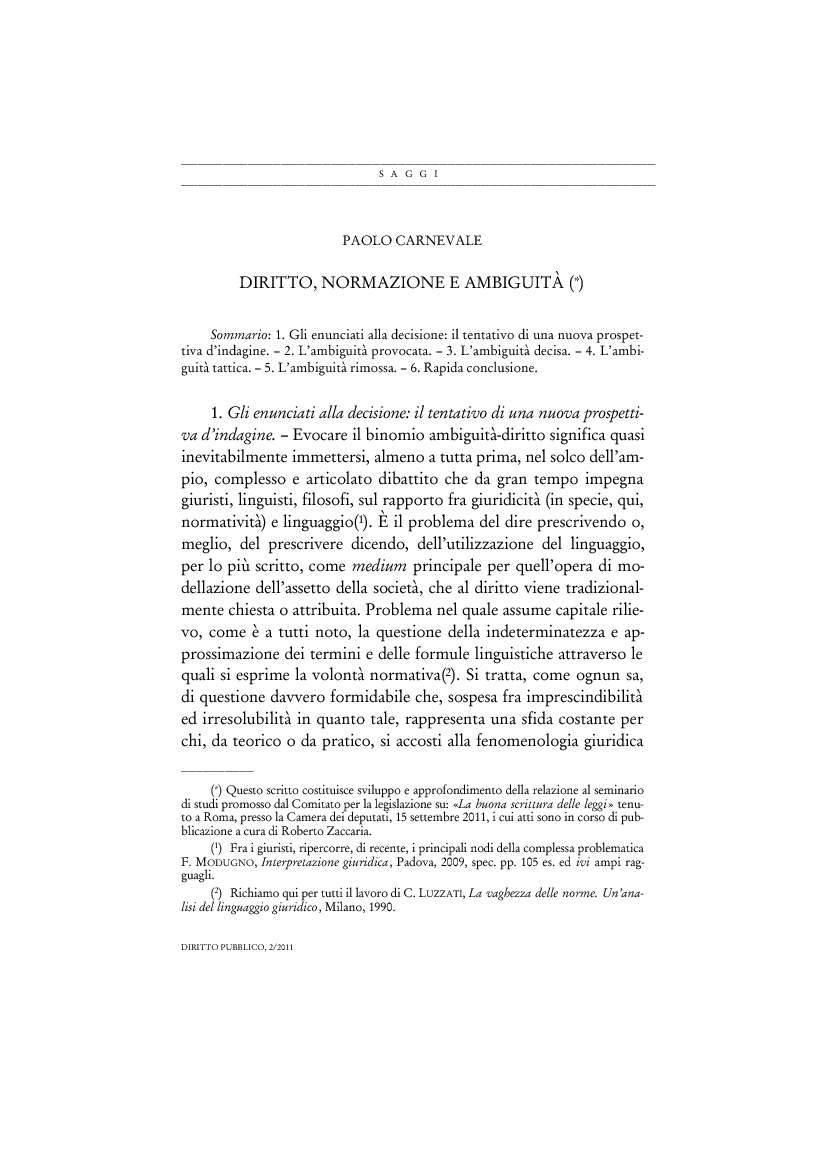