The article sets out to examine the impact of the legislation for implementation of the new Art. 119 of the Constitution (Law by Decree No. 42/2009 and other laws by decree approved to date) on the normative provisions pertaining to the principal social rights (health, education, labour, welfare), with particular reference to the essential levels of the services (LEPs in the Italian abbreviation). After having illustrated the potential lines of tension deriving from the transformation in a basically federal sense of the constitutional system hitherto hinged on the principle of substantial equality and the new funding mechanism for regional spending based on the distinction between essential services and additional services, the legislation of merit concerning single rights is examined, to conclude in the sense of the substantial non-implementation of the model constitutionally (and legislatively, with reference to Law No. 42/2009) envisaged. Ten years after the revision of the Constitution, the social rights considered remain, in their principal aspects, regulated by normative acts preceding the reform. On the financial plane as well, the underpinning of so-called fiscal federalism turns out, in the fundamental lines, to be analogous to that of the legislation previously in force. In actual fact, for the moment the ambition of the constitutional revision to make federalism and equality coexist has not worked. The LEPs have not proved to be suitable for politically guaranteeing the role of reconciliation between the two principles that the reformers of 2001 had assigned to the same, and the principle of equality has prevailed over the principle of federalism. 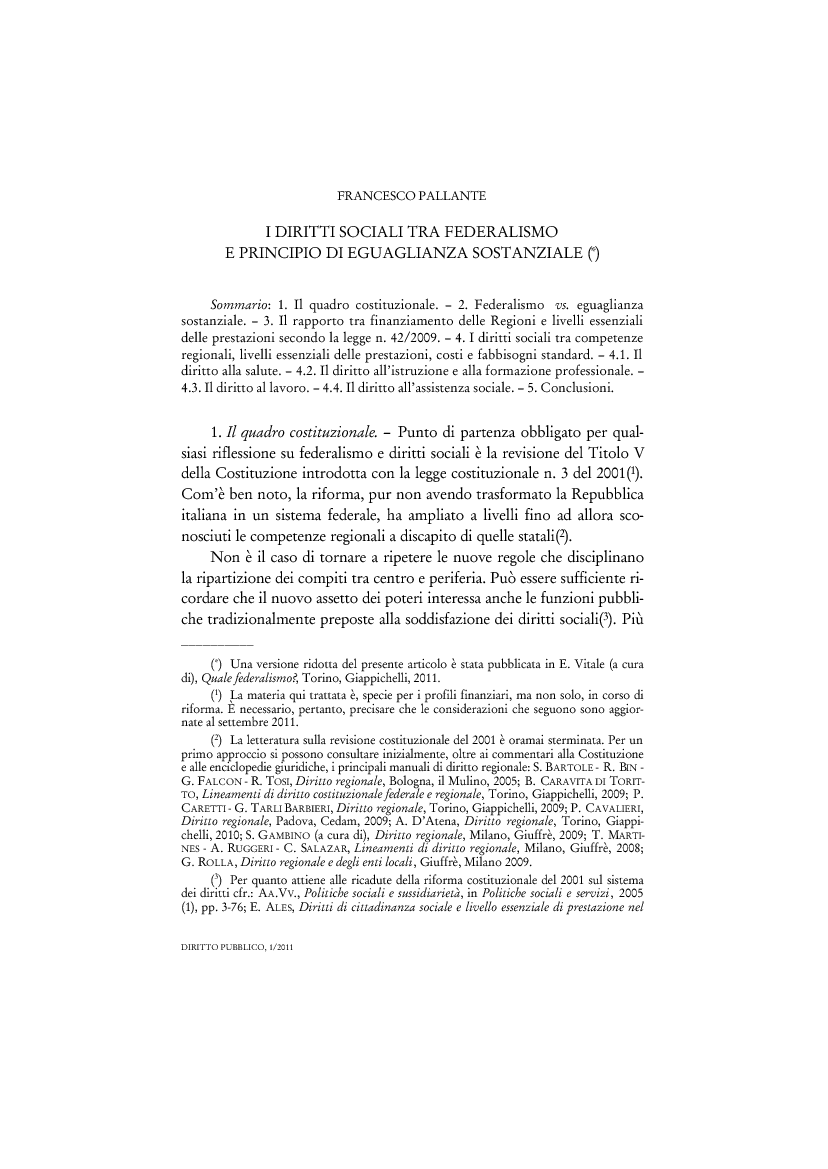