The author does not intend to review all the possible meanings of law 'in accordance with nature' or to give an account of the history of natural law theory by compiling a list as accurate and complete as possible of all the surrounding references that can be found in the political doctrines following one another over time. One can in fact observe, with regard to the notion of 'natural law' and to the role played by it in the Ideengeschichte, that the formal continuity of certain expressions is not the decisive factor: the same notion may have had very different meanings and have served completely different purposes. Rather, the aim of the writing is to attempt to allow glimpsing, behind the reflecting essence of the law of nature, the threads of a less-known obscure intertwining of a law perceived and studied as higher law and the physiological, driving background that forms its repressed backdrop. The marriage between natural law theory and constitutionalism of the twentieth century has not produced just 'human dignity.' It has also produced the rhetoric and propaganda thereof. Above all, it seems to want to dry up - placing itself as the only possible great juridical narration within the dominant theory of neo-constitutionalism - the social, economic and political reasons that underlie the turbulent, controversial nature of the constitutional propositions. At the same time, on another side, a sort of vitalistic, bio-anthropologic natural law theory asks to valorise society's spontaneous arrangements, demanding less rules and a sort of framework constitution, reduced to a whole of high principles whose value seems to be only the 'extreme' value of limit to a revolutionary subversion of the established order. 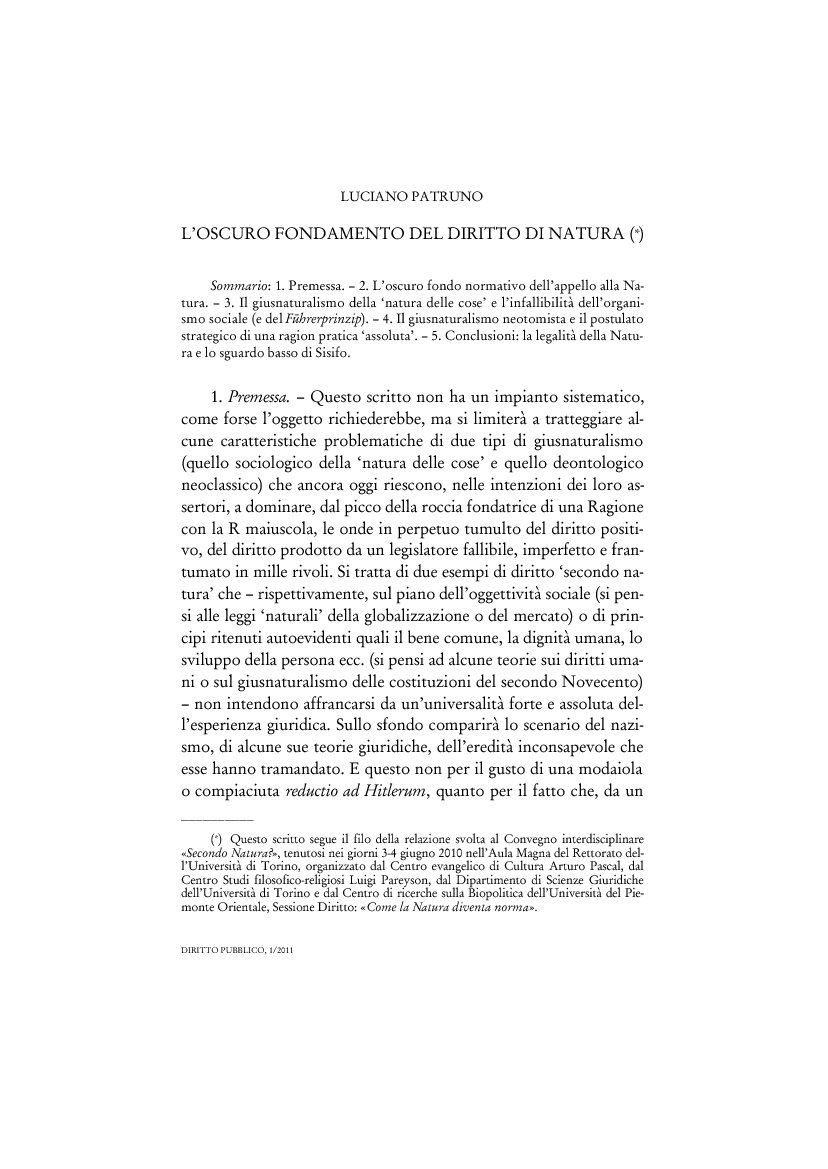