Even from the standpoint of the study of politics and of the institutions of government the works by Leopardi prove to be a mine that branches out and is extremely deep. More than asking ourselves whether in Leopardi there is a theory of politics and a doctrine concerning forms of government, it is of interest to ask ourselves what they are and to what extent they remained constant in the evolution of his thought. This writing does not take up again the controversy over the 'progressive' nature or otherwise of Leopardi's politico-social positions. More than anything else, the writing, through an original analysis of the works of Giacomo Leopardi, contributes to highlight, in the context of Leopardi's work, two themes. The first regards the question of unity. Leopardi really seems to be the first to fully understand how many and how complex the paths of unity are. It is clear that (in addition to not possessing all the suitable analytical tools) he does not have before him the articulated picture of contemporary pluralism and, therefore, can advance only so far along a road that would be travelled only by the more aware constitutional doctrine and political theory of the twentieth century, but he does perfectly grasp the gist of the problem, clarifying that the unity of a political community is brought about by a combination of formal elements (pertaining to the holding of power), material elements (pertaining to the interests of the members of the community) and ideal elements (pertaining to the sharing of values). It is precisely from this perspective, in fact, that the reflections on the unity of sovereign power must be read, as well as on the common interest that cements the political bond, and on the beneficial illusions that not only help to endure individually the human condition, but also give a sense of collective belonging. The second regards the question of Italy. Here, too, the problem is unity, because Italy's evils stem precisely from disunion, first from political disunion, and then from ideal, moral and cultural disunion. As regards the individualism of Italians, Leopardi does not perceive the possible temperaments or find social institutions or cultural stimuli capable of checking the destructive drives of any truly political tie, which is the reason why he reaches radically pessimistic conclusions. 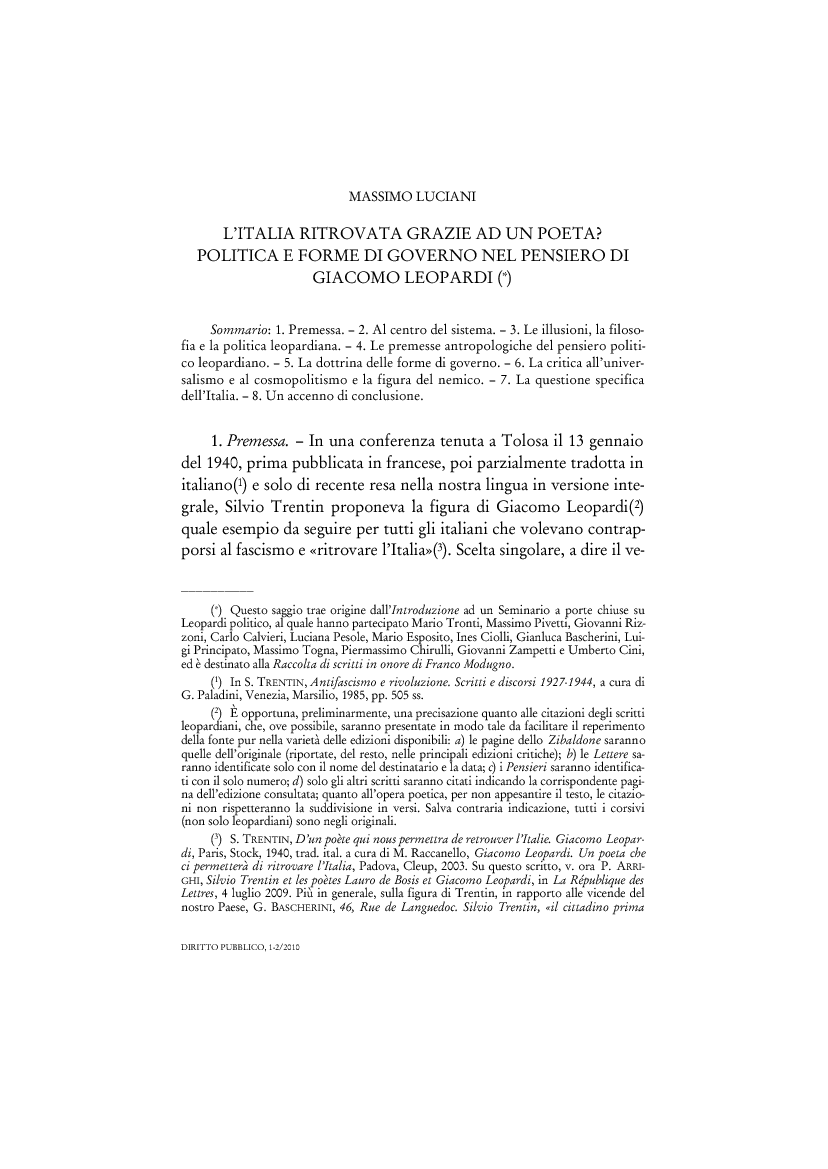