Twenty tears after the approval of the law on procedure, which was touted as a point of arrival inasmuch as aimed at defining administration-citizen relations on a new basis, and as a point of departure for a new (and progressively over-abused) centrality of the law in reforming the public system, the expansive and cultural force of that reform seems to mark time, while continuous new normative measures dim the design. The watchwords (participation, simplification, transparency) of Law No. 241/1990 are as current today as yesterday, but the institutions called on to realise them often change significantly, while, on the one hand, we witness the proliferation of general principles on the activity that move outside the law on procedure and, on the other hand, the introduction of rules pertaining to sector and to the overall loss of a model for the regulation of public action. Beginning from this premise, the author reflects on the features that administrative transparency is assuming, first of all by analysing the models that have and do characterise the evolution of the so-called 'glass house' in Italy. Secondly, the work points out a set of paradoxes that are distinguishing the Italian approach to the knowability of administrative action. Finally, he sketches what appear the most significant, albeit often problematic, lines of development. 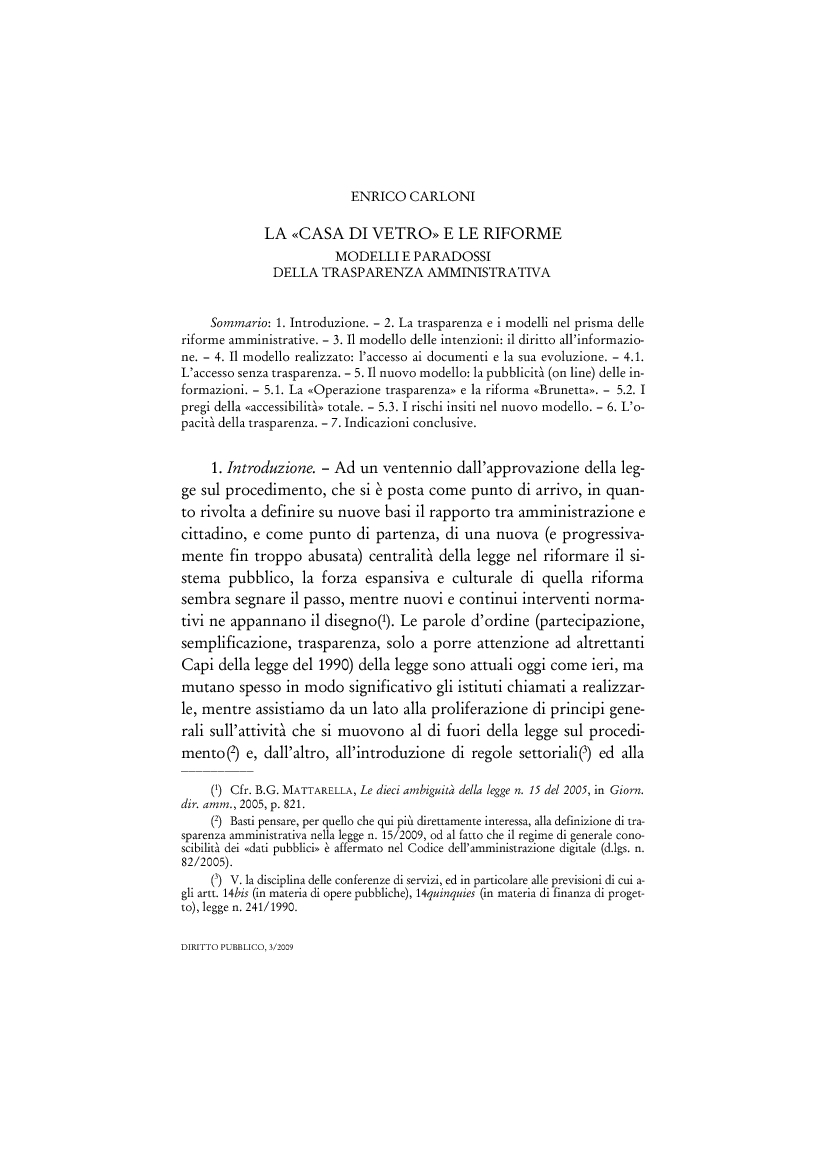