In recent years, any football fan has been forced to observe numerous episodes generally offensive to the common sense of justice, owing to the unequal, inconsistent and less than predictable exercise of justice in the matter. This gives rise to reflection on the limits of the autonomy of the sports system, since the justice involved does not appear founded on an adequate normative provision, instead remaining entrusted to an arbitrary evaluation of the judge called on from time to time to express an opinion, from whom is expected a decision inspired by a sense of equity. The treatment of the theme is circumscribed to football, but the conclusions that may be reached seem fully applicable to other sports as well, naturally provided that the same factual connotations that characterise football are present, namely particular socio-economic importance and a remarkable public following. 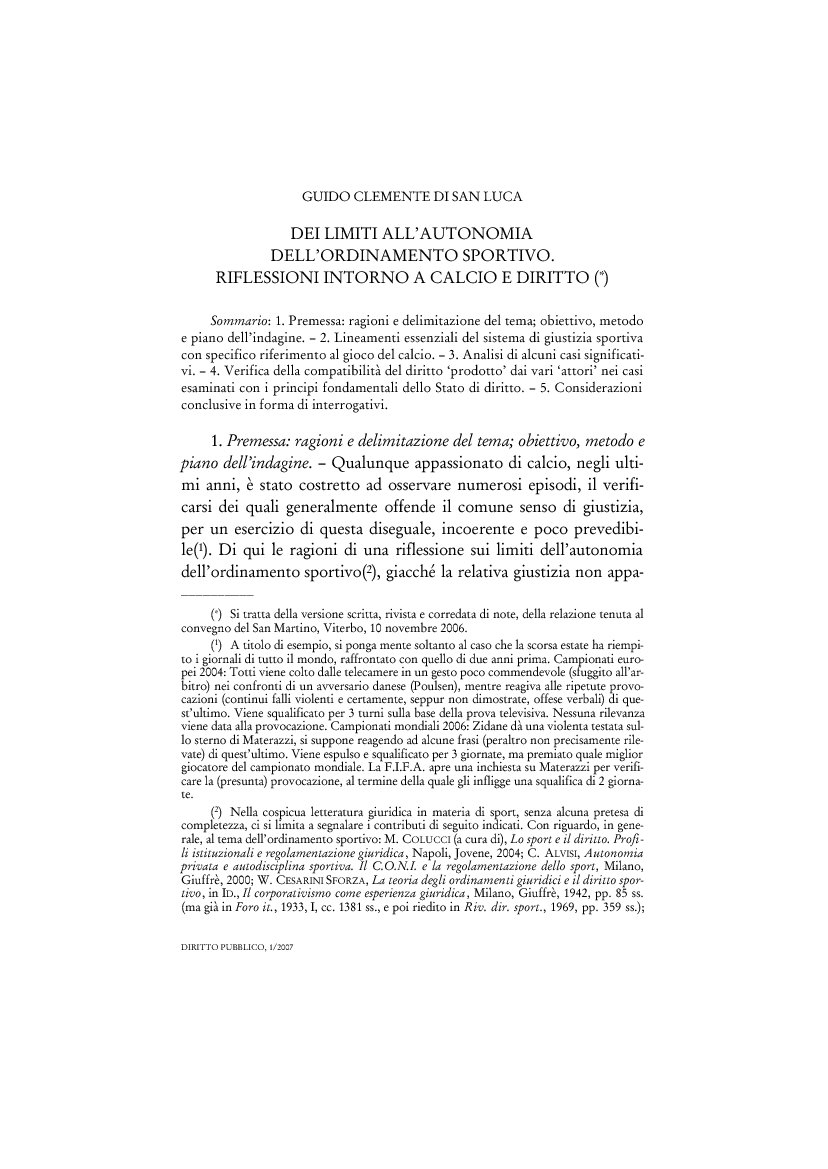