In France, constitutional regulation of relations between national and international law is inspired by a model of a monist nature, with the supremacy of international law. However, an analysis of constitutional and ordinary jurisprudence in the matter demonstrates a progressive difficulty in the adaptation of the inspiring model, especially with reference to international obligations deriving from limitations on sovereignty, particularly regarding the process of Community integration. Along with the traditional negative dimension, limitations on sovereignty actually present a positive or institutional dimension, which essentially consists of the creation of a supranational legal system with its own organisational structure, which receives expression through the permanent processes of normative production, released from the need for specific and repeated manifestations of consent on the part of the Member State, and nevertheless susceptible to producing legal provisions having direct force in the territory of the same. The progressive awareness of this phenomenon is made evident, for example, by an analysis of the evolution of the qualifying formulae of the Community integration process, made their own by the Conseil Constitutionnel. The constitutional importance of the origin and outcomes of the limitations of sovereignty makes its applicability extremely problematic as a criterion for the resolution of conflicts between law of a supranational source and French law of constitutional rank, of criteria of validity, such as the hierarchical criterion proper to the monist model. In this regard, the analysis of the decisions of the Conseil Constitutionnel on the system for the application of Community law reveals the possibility of defining places for a resolution of the conflicts that, without questioning the validity of the conflicting rules, works interpretatively in terms of application, contributing to produce harmony in the overall axiological orientations of the integration process. 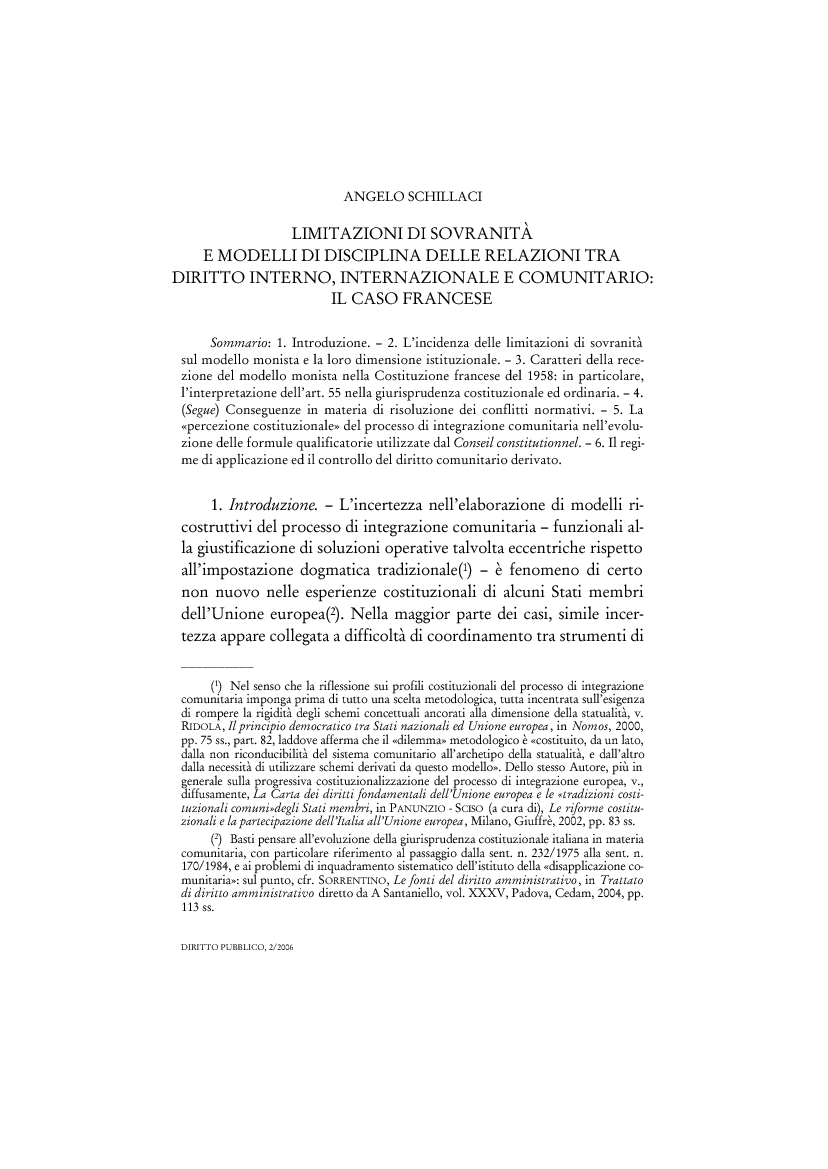