The inclination of part of doctrine and jurisprudence to underrate procedural standards and legal flaws goes counter to the trend to the 'civil' line of administrative action. But can this judgement also be extended to Art. 21-octies, Section 2, of Law No. 241 of 1990, which at bottom blandly codifies this orientation - and with many limits? In democratic systems, the value of the democratic nature thereof lies in the fact that public purposes must be pursued through a procedure: the single rules are aimed at the pursuit of partial ends important for reaching the end result, but above and beyond partial interests, it is possible to identify a 'system' interest, according to which the result can be achieved only by means provided by the legislator; the system holds that the way ends are reached prevails over the ends entailed in the procedure. The principle according to which 'the end justifies the means' therefore does not find application, which instead applies when the means are not those that are prearranged, but the authority says that the result is exactly as desired, and since it has accomplished exactly what it wanted, respect for means is nothing more than a waste of 'democratic' time, useless and harmful. In addition to forms, the 'substantive' position underrates the relationship, which has no importance when the stronger party can declare it without influence on the result. 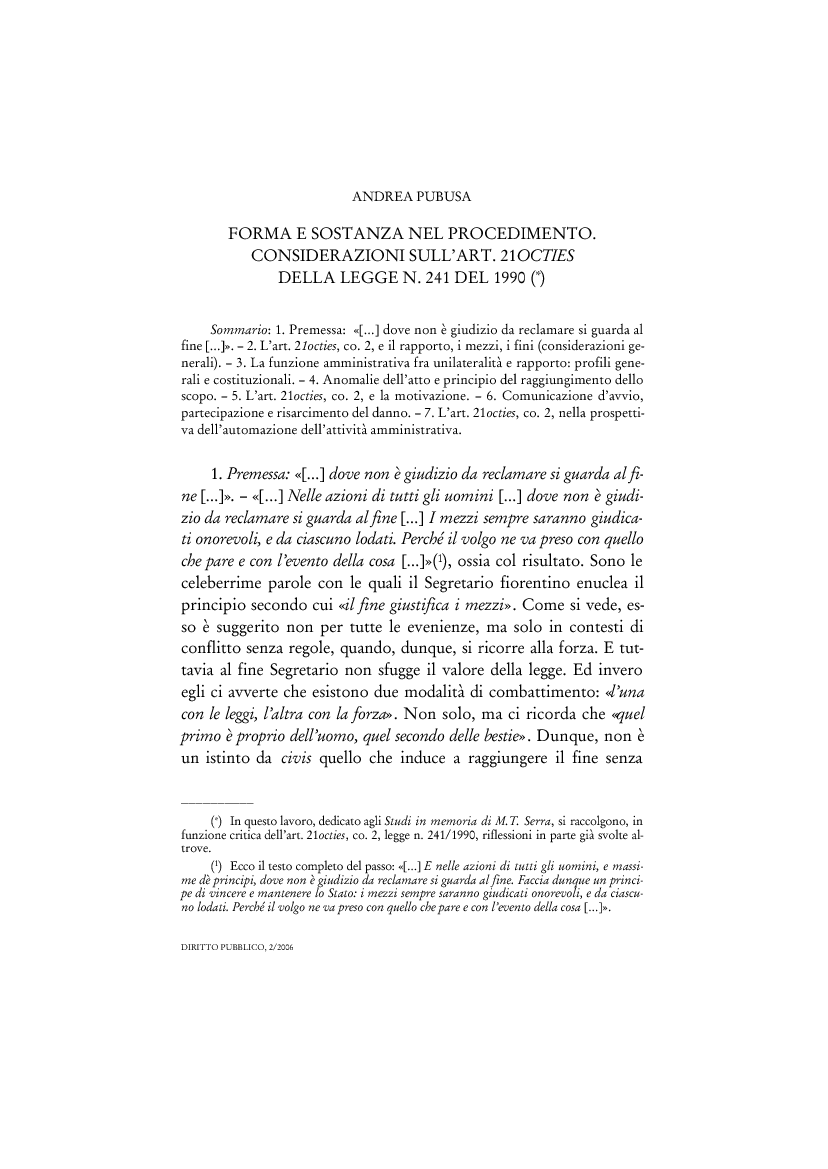