The system of extracontractual objective and comprehensive liability, which the Spanish public administration has been operating under for over fifty years, is currently being rethought in a far-reaching process that began in the mid-1990s. Fed by concern over the high economic costs of the system and an awareness of the singularity of the Spanish model of public liability vis-à-vis civil law and the systems of the other European States, ever increasingly more widespread and trenchant criticism is being levelled by law scholars from three distinct - albeit sometimes intersecting - standpoints: that of the reasons used to justify the system, that of the function that the institution of extracontractual liability of the public administration is called on to perform, and that of constitutional dictates regarding the administration. In addition to objections raised against the notion of basing the objective comprehensive nature of the liability of the public administration on the principle of equality in the regards of public duties or on the principle of the property guarantee of the administered, is an analysis of the function of the institution of public liability that takes the constitutional aspects of the public administration into account. And since the constitutional provision establishes that it must serve general interests in objective fashion and in observance of the principles of legality and effectiveness, the institution of extracontractual liability cannot but be called on to perform a function of control over administrative activity. That leads one to believe that the liability for abnormal - meaning unlawful or negligent - functioning ought to constitute the general rule. For its part, an examination of jurisprudence reveals that normality in the functioning of administrative activity is often a necessary and sufficient element for ruling out an obligation to make compensation on the part of the public administration, as well as exposing the untenability (including practical) of the model of objective comprehensive liability. 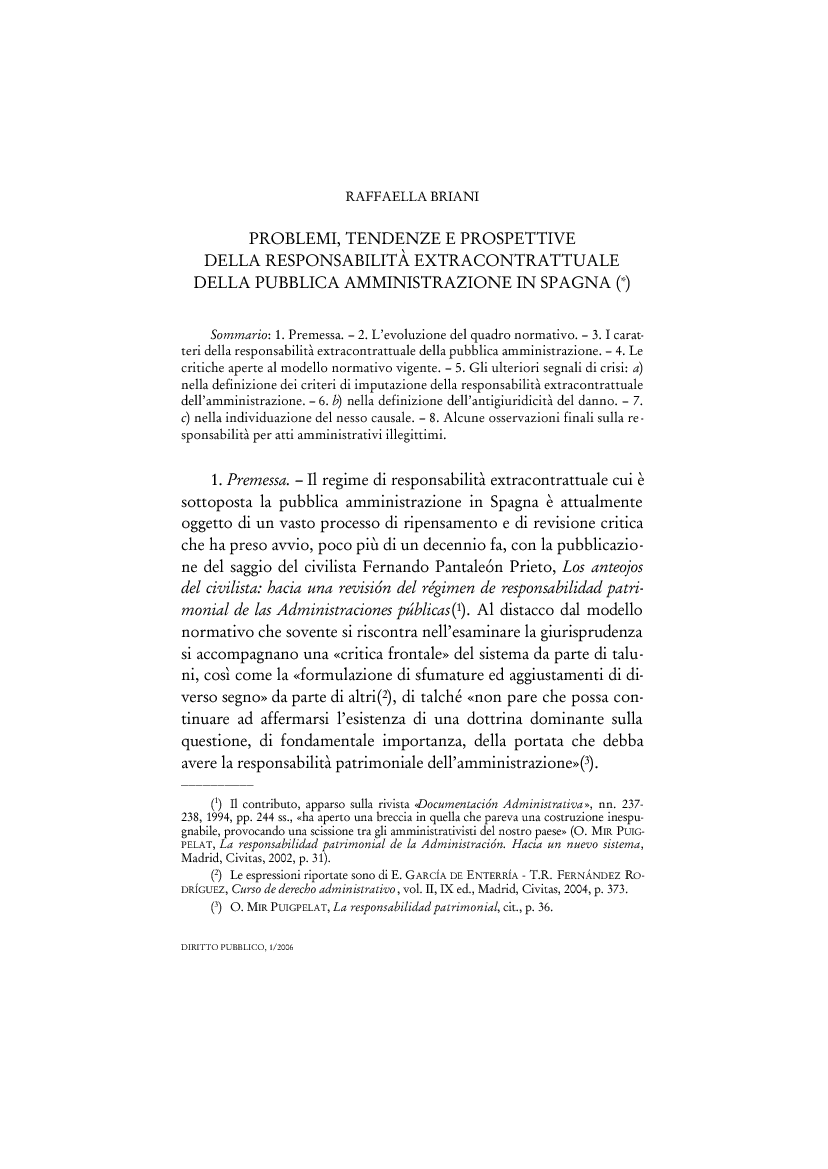