The present contribution investigates the existing relations between the principle of legality - understood as the necessity of there being a previous law of legislative rank - and the democratic principle. In particular, it is pointed out that the connection between legality and the democratic requirement cannot be studied leaving out of consideration the model of democracy intended as a starting point. In this respect, it is shown how the school of thought that holds that the principle of legality is necessarily implied by the democratic requirement present in our constitutional system makes reference to a model of democracy pivoting on the unifying function of political representation, which is assigned the task of 'expressing' the popular will. The author tries to underline how this democratic model maintains the ideal value of direct democracy, depicting representative democracy as a necessary road to be travelled in modern societies, which are structurally complex and territorially extensive, in order to achieve results approaching such model. It is nevertheless brought to the reader's attention that the connection linking democracy and legality is not underpinned by the same reasons when a different model of democracy is taken as a starting point, the fundamental lines of which in terms of political thought were traced by Joseph Schumpeter and Karl Popper, and then fruitfully developed by Robert Dahl and Giovanni Sartori. The latter model takes into consideration the need for the 'responsiveness' of public policies, playing not on representation, but on the legitimating value of political responsibility. From the viewpoint of this model of democracy, the necessary nature of a previous deliberation by the representative assembly in fact removes the full weight of the political decision from the majority/government connection, exposing the system to the risk of confusing the political responsibilities and not allowing the adequate functioning of the judgement of responsibility made by the electorate. Lastly, the author considers the relation existing between this second model of democracy and the constitution, highlighting how the former cannot do without a 'corpus' of fundamental principles, contained in the latter, which among other things make it possible to maintain intact the 'potentiality' for a congruous and conscious course of the electoral judgement, as well as its repeatability over time. 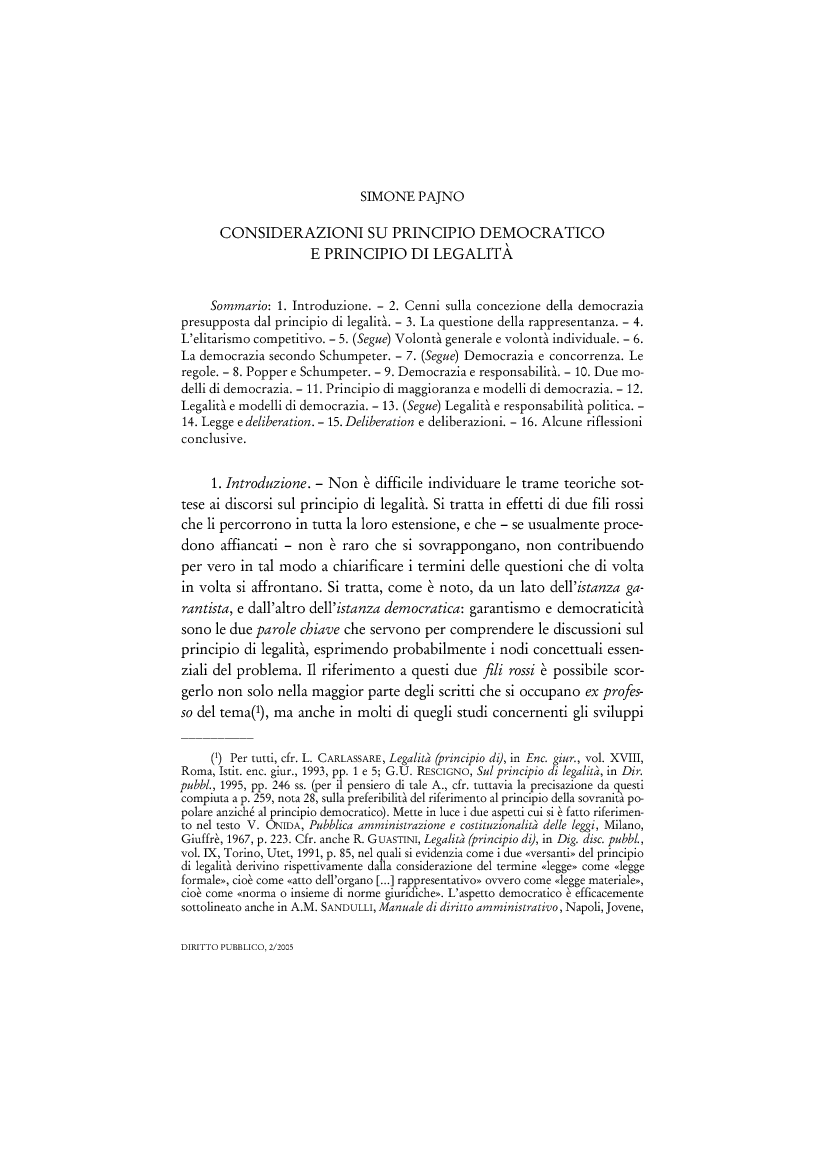