President Ciampi's message, with which the delegated law for the reform of the jdicial system has been sent back, closes with an observation on the praxis concerning extensive amendments and, consequently, those laws whose sections have a high number of paragraphs, which the Head of State judges not in conformity with the Constitution. The author holds that Ciampi's warning is in line with the previous practice of this President, who, since he pays particular heed to the provisions pertaining to lawmaking and to the knowability of the laws, frequently resorts to instruments of moral suasion rather than the power to send back legislation submitted for his signature. The President's message also raises an important issue concerning the dubious constitutionality of laws whose sections contain an excessive number of paragraphs, thus constituting a (substantial) violation of Art. 72 of the Constitution inasmuch as such laws only formally get approved section by section. What is involved is a flaw that the speakers of the Chamber of Deputies and the Senate might insist on making count at the time of the control over the admissibility of amendments by the speakers, as well as the same President of the Republic at the time of sending back unsigned legislation and, above all, the Constitutional Court, should it do what it has the power to do and declare such laws unconstitutional. 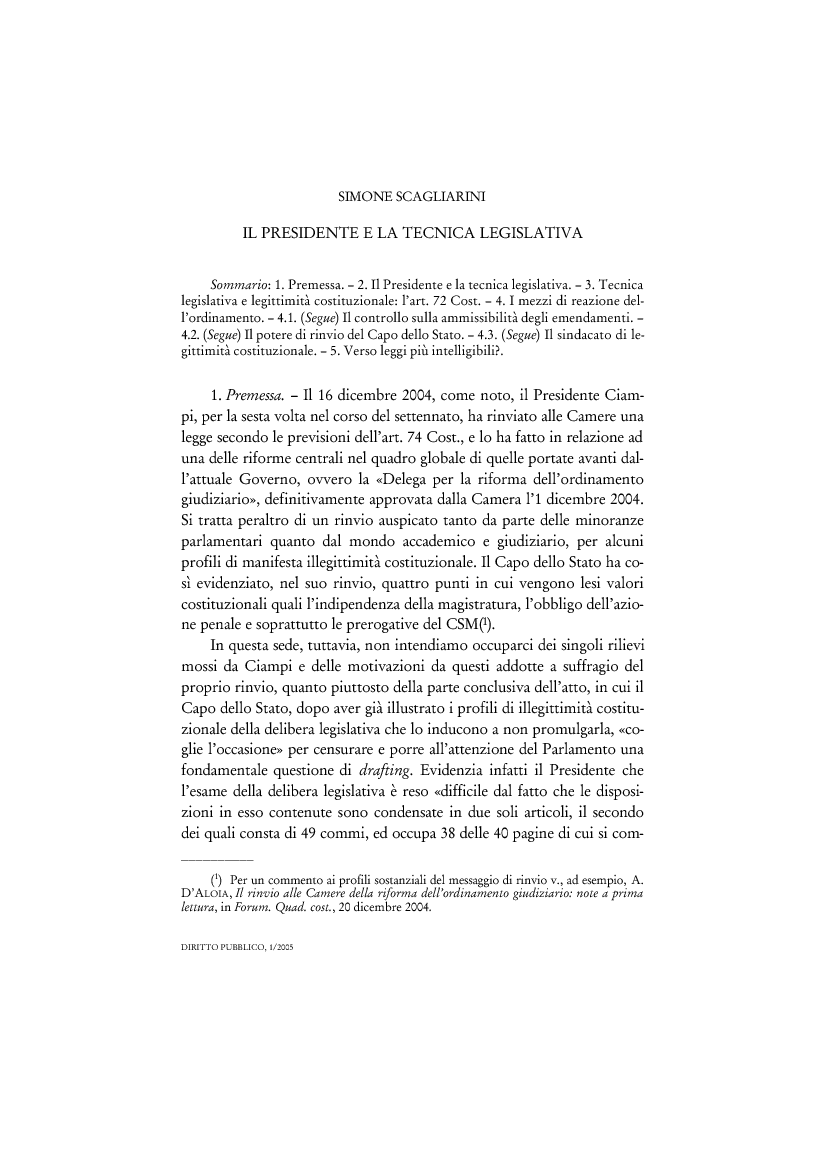