The relationship hypothesised in the title of the State subject to the rule of law and separation of powers on the one hand - two realities, or models, that do not coincide but do belong to the same semantic field - and war on the other, is not an easy one. This is true above all in the current situation of wars that are particularly asymmetrical. It is also true because the relationship never has been easy: current problems are deeply rooted in the past. (Should the desire be to provide a general justification for humanitarian wars, wars on terrorism and wars dependent on a broadened conception of defence, arguments based on the strength of facts, the evolution of concepts and, perhaps, even the capacity of the supreme power to shape a new international law will exercise a powerful temptation). As for us, we believe that the value of peace with all its pressing needs ought to guide every reasoning, but (what is more important from the standpoint of scientific reasoning), we think that it cannot be freely chosen by the interpreter because it answers to a principle that, in addition to being ethical and philosophical in nature, is juridical/positive and aided by juridical/positive guarantees and instruments which humanity came to possess in the course of the twentieth century in the wake of great tragedies. If one really believes in the guarantee and force of positive law, it is impossible to renounce the value of peace. 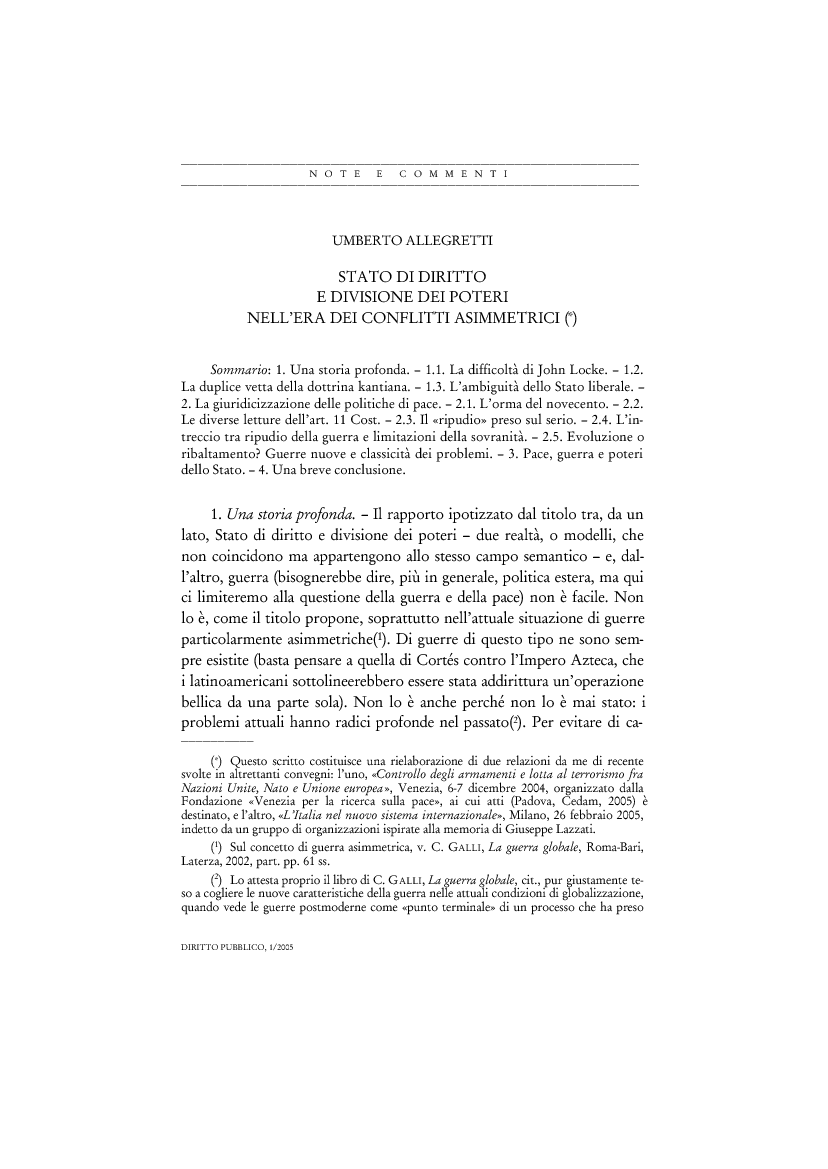