The doctrine of precaution arouses conflicting reactions in legal theory, which is the reason why the work seeks to contribute toward a clarification of some of the most controversial points. In the first place, it is pointed out that the principle has become a fixture in both the international and Community legal system, as well as in different Western countries, because it answers the need to avoid the risks associated with scientific and technological innovation from a standpoint hitherto unknown - that of the uncertainty of scientific knowledge. Nevertheless, the principle of precaution cannot be considered the expression of an anti-scientific or obscurantist attitude, in that contemporary science itself has affirmed the fallibility of scientific knowledge, and since this principle presupposes that, in order to identify the hypotheses of scientific uncertainty that it is necessary to put right, as well as the measures to adopt for the purpose, reference is always made to the opinion of authoritative scientific sectors, even if they represent a minority opinion. The reason for the uncertainties that appear to characterise this principle is then identified as lying in its nature as a teleological principle that identifies the ends to be pursued, but not the instruments with which to reach them. This peculiar nature entails an attribution of broad discretionary powers to the authorities called upon to put the principle into practice. This might give rise to a weakening of the principle of the certainty of law and the principle of legality, most of all because what in the past was held to be an inviolable limit even on the part of lawgivers seems to fall by the wayside, namely scientific certainties. In reality, even in the past the public powers had ample margins of choice in this regard, in that even in the past science did not provide certainties with respect to certain problems. As for the status of the implementation of the principle in the Italian system, it is argued that the principle can be considered already effective in a general way, based on an evolutionary interpretation of the environmental and health institutions in force. Finally, it is maintained that, notwithstanding the concerns that were expressed on various sides, up to now lawgivers and the Constitutional Court have managed to avoid the principal negative implications of the implementation of the principle of precaution. 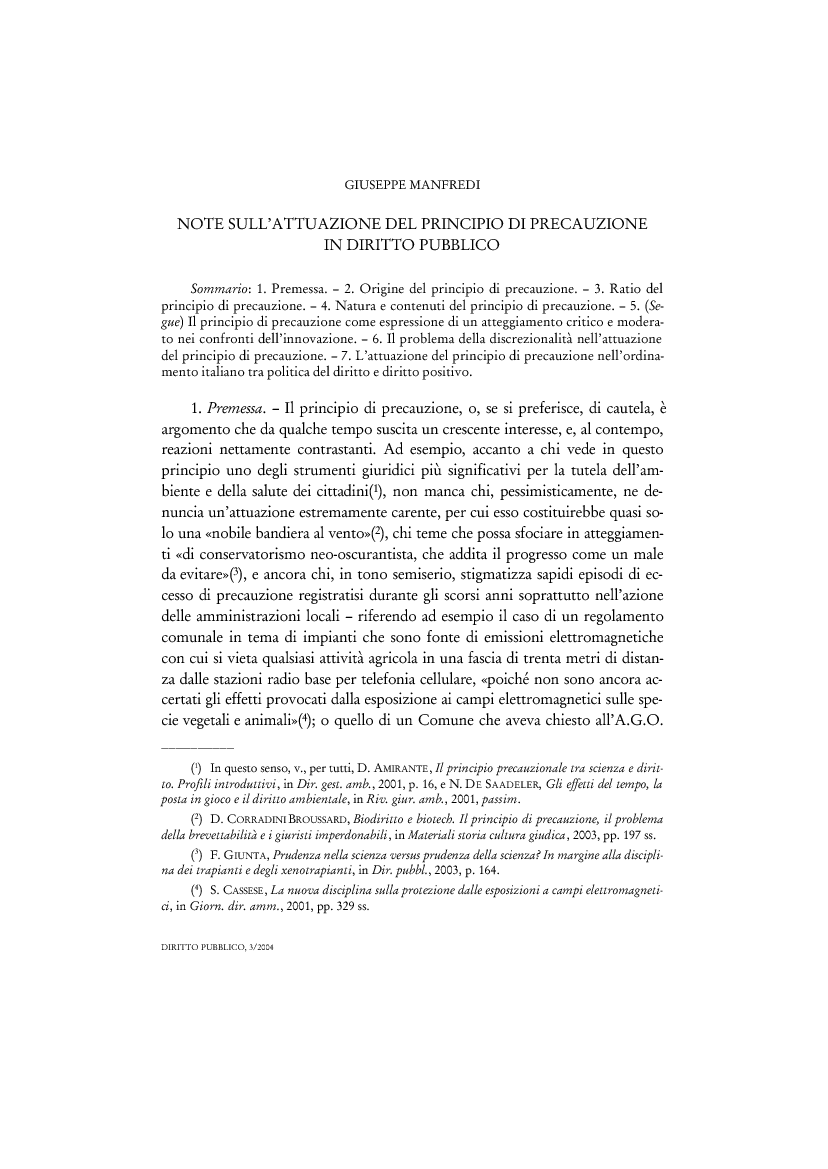